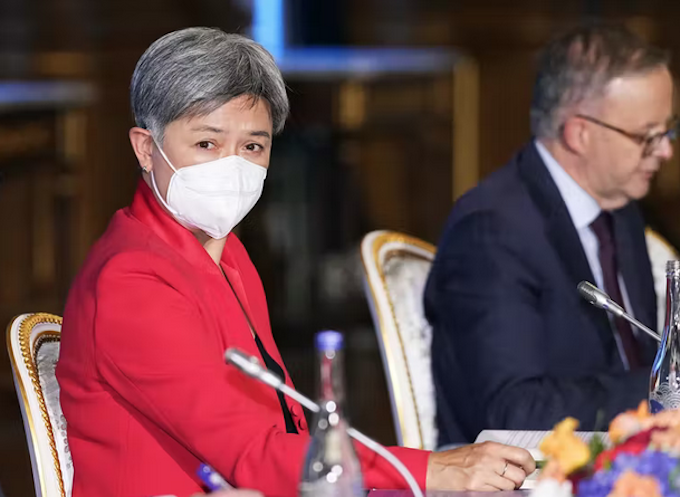 As Wong makes his mark in the Pacific, Albanian government should look to history to mend ties with China

Foreign Secretary Penny Wong’s decision to embark on a diplomatic offensive outflanking China in the Pacific within days of taking the oath yielded what appears to have been an early success.

If Wong’s intervention caused Pacific leaders to reflect on a wide range economic and security pact with China or they would have backed off anyway, the point is that Australian diplomacy can claim a dividend.

In the process, the country appears to have a new foreign minister who will engage in a more creative and militant foreign policy than his predecessor.

Chinese Foreign Minister Wang Yi extensive tour of the Pacific was aimed at expanding Beijing’s influence in the region at a time when regional leaders had become resistant to Australia’s commitment to its immediate neighborhood.

The Morrison government’s equivocation on climate has not well seated with the leaders of the microstates of the Pacific.

Wong’s mission appears to have succeeded on three important fronts:

This last aspect will be important in determining how and in what form Australia responds to Chinese overtures to restore relations.

This year marks the 50th anniversary of the establishment of diplomatic relations between Canberra and Beijing.

All these years later, another Labor government has the opportunity to reset Australia’s relationship with the dominant regional player at a time when the Indo-Pacific is undergoing profound change.

Few would reasonably argue against the proposition that a “reset” is overdue after years of drift and ill will under the Morrison government.

The question for Prime Minister Anthony Albanese and his national security team is how to proceed in a way that is consistent with Australia’s national interest, true to its values ​​and allows Canberra’s voice to be inserted into the advice regional.

Wong has been, for some time, draft a more creative foreign policy approach – evident in its Pacific Initiative – which will seek to broaden Australia’s regional relations and, where appropriate, take the lead in aligning with the country’s national interest.

In this sense, the joint press release December 21, 1972, signaling the establishment of diplomatic relations between Australia and the People’s Republic of China, is an interesting read.

Albanese and his security policy team can be sure that this document will not gather dust in the archives of the Chinese Ministry of Foreign Affairs.

China’s attachment to anniversaries is one of the most notable features of its diplomacy. These occasions can be used for political purposes, but history weighs heavily on Beijing’s foreign policy calculations.

Albanian government should jump on the promise of a thaw
When Premier Li Keqiang quickly sent a congratulatory message to Albanese on the latter’s success in the recent elections, the Labor Party’s historic turn towards Beijing in 1972 will not have been overlooked.

The wording of Li’s message was pointed. He said, in part, that China was:

ready to work with the Australian side to review the past, face the future, uphold the principles of mutual respect, mutual benefit.

Beijing talks a lot about “mutual respect” and “mutual benefit”. These are phrases that are, more often than not, designed to deflect criticism of China’s human rights abuses and other bad behavior.

But taken with openings for a “re-set” by the new Chinese ambassador to Canberra, Xiao Qian, Beijing has clearly decided that it is in China’s interest to turn the page on a difficult period between the countries.

Asked his press conference after Quad talks concluded in Tokyo on his response to Li’s conciliatory message, Albanese simply said:

I welcome it. And we will respond appropriately in time when I return to Australia.

In other answers When asked about the rocky relationship with China, the new prime minister said it was up to Beijing to start lifting sanctions on Australian exports.

These Albanian responses are cautious. There is no point in rushing to recognize such openings. However, he would be making a mistake if he sought to prolong what looks like a thaw.

He might recall that virtually all of Australia’s Western allies, including America, have working relationships with Beijing that allow officials to engage in constructive dialogue, despite differences.

Australia’s first ambassador to China, Stephen Fitzgerald, has some sage advice for the new government in Canberra on how to better manage relations with Beijing.

Australia under a Labor government must now return to diplomacy, speak with the PRC, for which it is ready, and put away the megaphone of gratuitous criticism, insult and condemnation which were hallmarks of China’s policy of Morrison. If we do, there will be many issues on which we can have constructive engagement.

One of these problems can — and should — be the continued detention in China of two Australian citizens, journalist Cheng Lei and democracy activist Yang Hengjun. Progress towards their release should be a condition for improving relations, as well as the removal of punitive tariffs on imports of products such as wine and barley.

Finally, Albanese’s security policy team should pay particular attention to statements by US Secretary of State Anthony Blinken historical foreign policy discourse presented to the Asia Society in Washington on May 26.

In this speech, Blinken laid down guidelines for the conduct of relations with Beijing in a world whose foundations are shifting. His words bear repeating as a model for Canberra’s own interactions with Beijing.

We are not looking for a conflict or a new cold war […] We do not seek to prevent China from playing its role as a great power […] But we will defend [the international order] and allow all countries – including the United States and China – to coexist and cooperate.

Blinken’s attempts to define a viable China policy should be viewed in the same vein as another important statement spoken 17 years ago by Under Secretary of State Robert Zoellick in New York. In that speech, Zoellick said:

We must now encourage China to become a responsible player in the international system.

The interventions of Blinken and Zoellick, two decades apart, are important safeguards for a constructive relationship with China.

Doctor Tony Walker is a colleague of the Vice-Chancellor, La Trobe University. This article is republished from The conversation under Creative Commons license. Read it original article.