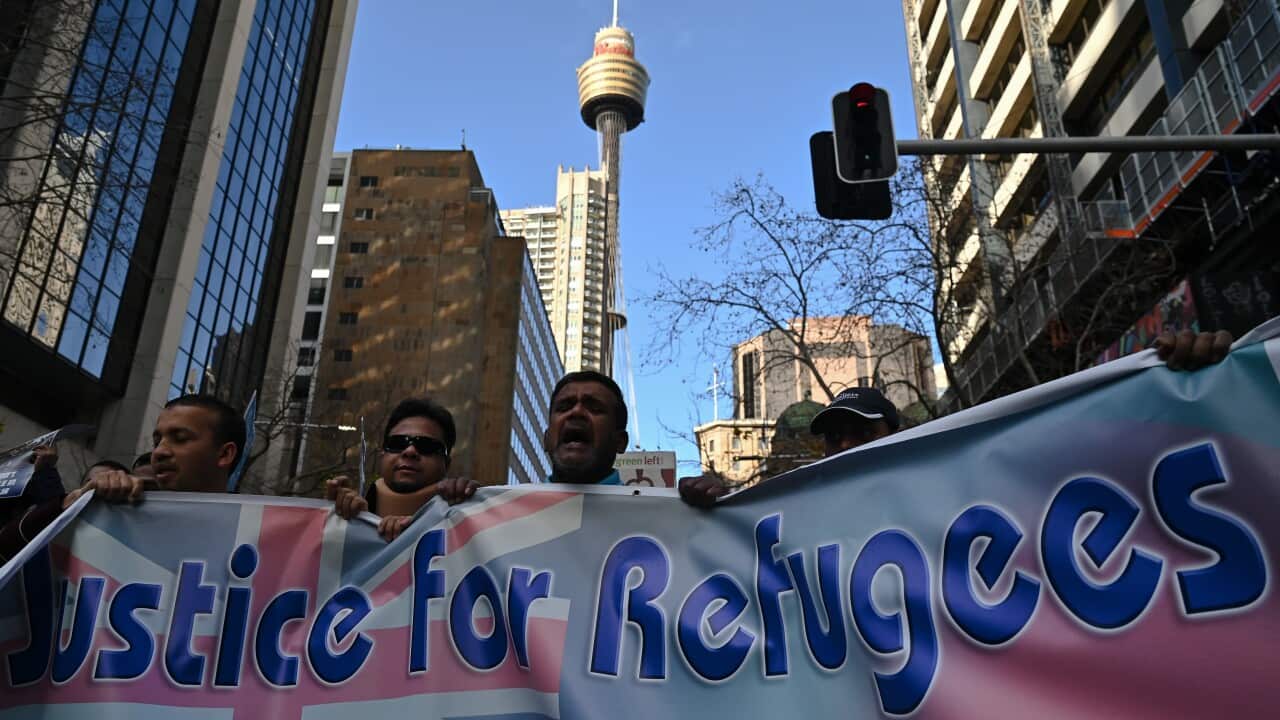 ‘Australia is not an option’: Government letter to asylum seekers and refugees

By Althea J. Morris Last updated Oct 4, 2022
Share
Advocates for asylum seekers in Australia said letters sent by the Australian government to a number of refugees and asylum seekers urging them to resettle in other countries had caused immeasurable distress.
Many people who arrived by boat and have been living in Australia for several years have received letters saying ‘Australia is not an option for you’ and urging people to tell the Home Office which country they are going to. reinstall.
The director of the Refugee Advice & Casework Service centre, Sarah Dale, said similar letters had been sent to asylum seekers across Australia who had arrived in Australia by boat over the past nine years.
This is in line with the policy introduced by then Prime Minister Kevin Rudd that anyone who arrived in Australia by ship on or after July 19, 2013 and sent to Papua New Guinea or Nauru for offshore treatment,
Both major parties support a policy barring asylum seekers arriving by boat from settling permanently in Australia.

PayAm and his family (not pictured) were detained in Nauru under Australia’s offshore treatment regime. Source: AAP / Rick Rycroft

In March this year, Australia accepted an offer from New Zealand to accept 150 refugees a year for the next three years.

The Refugee Council of Australia said more than 1,000 people had been resettled in the United States so far and 36 people were reported to have accepted offers to resettle in New Zealand.
The deals include asylum seekers being sent for treatment overseas to Papua New Guinea and Nauru, as well as others who have been evacuated to Australia for medical treatment.
One of the letters, seen by SBS News, gave the recipient a deadline of September 29 to notify government authorities of their plans.
The letter, signed by Alana Sullivan, First Deputy Secretary of the Anti-Trafficking in Persons Policy and Implementation Task Force, said the intended recipient had opted out of resettlement to the United States and l urged to “reengage” resettlement in the United States.
The letter reads in part: “The Australian Government is strong against people smuggling and irregular maritime businesses. It will not allow anyone who entered Australia by boat without a valid visa and subject to regional processing to settle in Australia .
“Settling in Australia is not an option for you.

Other letters are believed to contain a similar message regarding resettlement offers from New Zealand.

Ms Dale said the letters were not part of a process under any legislation.
“As things stand, the Australian government cannot force a person to resettle in a third country – this process must be voluntary,” she said.
Chief executive of the Center for Asylum Seekers, Refugees and Detainees, Alison Xamon, said the message of the letter, alongside the idea that there was a deadline to be met, had caused immeasurable distress to these people, many of whom suffered from trauma.
“These people do not have access to immediate legal assistance and many are watching what is happening in America right now with growing divisions within the American community and worrying about what it would mean to go live in the States. United,” she said.

“There is also great uncertainty in the New Zealand option. We are asking the government to consider these people on a case-by-case basis.”

“I have no country”

The letter from Iranian asylum seeker PayAm* also suggested that he and his family may “prefer to return home voluntarily”.

“What country? I don’t have a country,” he said.

PayAm’s parents fled Iraq to Iran in the 1970s when they were no longer welcome in Iraq due to their Iranian heritage. As adults, he, his wife and children were forced to flee Iran after being persecuted because of his ties to Iraq.
He and his family have lived in the community since 2016. His third child was born in Australia and they want to stay here.
PayAm’s family struggle with mental health issues which he says have been exacerbated by their detention and treatment in custody in Australia and Nauru.
He said receiving the letter added to his stress and he did not want to leave Australia.
PayAm also cannot understand why the Australian government will not allow him and his family to stay in Australia permanently.

Ms Dale said Australia’s immigration policy over the past decade had been arbitrary.

“And a total lottery depending on whether your boat arrived on a certain date, whether your boat arrived at a certain point in Australian geography, whether you were chosen to transfer to PNG or Nauru, or whether you were one of the lucky ones who stayed in Australia,” she said.
“So it’s very understandable that people are wondering, well, someone I arrived with, he’s not affected by this policy, someone who escaped the same situation in our home country. , he is not affected by this policy.”
While some asylum seekers such as PayAm had hoped that Labor coming to power earlier in the year might give them more certainty about a future in Australia, Ms Dale said it was clear the position of the current government remained roughly the same as that of its predecessor.
“We have not received a clear message about the government’s plan to convert people from temporary protection visas to permanent protection visas. And so, all the people who have applied for asylum in Australia are confused about their status and hope that a compassionate approach will apply to them too.
The Home Office has been contacted for comment.