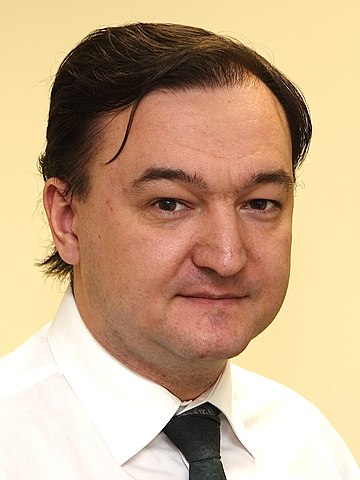 Australia has sanctioned 39 Russians for their alleged links to corruption uncovered by Ukrainian-born Russian lawyer Sergei Magnitsky as well as those who appear to have been involved in his mistreatment and death in a Moscow prison in 2009.

Australian Minister for Foreign Affairs Marise Payne said in a statement that in the first group of individuals targeted by the new law were 14 Russians responsible for the corruption that the late lawyer exposed and 25 persecutors and accomplices in his death.

This means that any assets sanctioned persons may have in Australia will be frozen and they will not be able to enter the country.

“This will ensure that Australia does not become a haven for those who are already excluded from like-minded countries and their financial systems,” Payne said.

The Australian Government may enact these thematic sanctions targeting those responsible for serious human rights violations, serious corruption, malicious cyber activity or other activities since December last year, when the Magnitsky-style amendments were passed.

Magnitsky died in suspicious circumstances after revealing large-scale tax evasion in Russia affecting investment firm Hermitage Capital Management. At the time, he revealed that with the help of Interior Ministry employees, officials from two Moscow tax offices and 11 judges, a convicted killer literally ‘stole’ the property of the city. ‘Hermitage, OCCRP reported.

On behalf of Hermitage, the authors fraudulently claimed the largest tax refund in Russian history: $230 million.

Despite signs that Russian police were involved in the scheme, Magnitsky opted to stay in Moscow. He was arrested and died in prison a year later.

A law passed by the US Congress in 2012 allowed authorities to crack down on human rights abusers and later on those suspected of corruption. Several countries have followed suit and passed similar laws.

Federal government funding for the Tasmania Battery of the Nation program