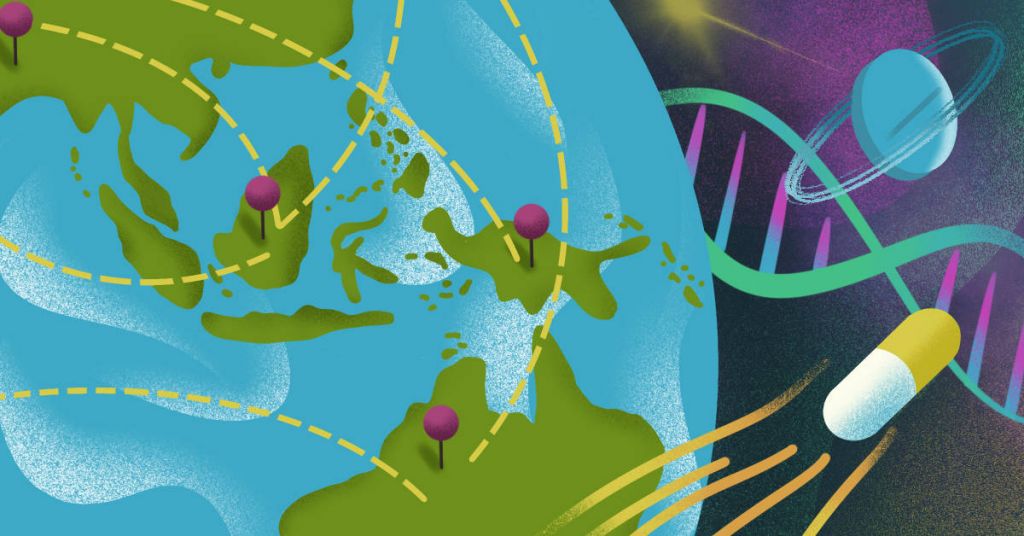 Australia has a strong base in biotechnology, with plenty of incentives for R&D and commercialization. Here are the top five Australian private biotech companies that recently showcased the country’s benchmarks in the sector.

Australia is a highly developed country in the southern hemisphere. Famous for its huge wool trade and wealth in iron ore, the country is also an attractive destination for biotech companies.

A die main advantages for biotech companies in Australia is the National R&D Tax Incentive, which provides tax offsets for R&D activities. There are also sources of capital for companies such as the Medical Research Future Fund and the Biomedical Translation Fund.

Some of Australia’s most successful biotech companies include pain medicine developer Spinifex, which was acquired by Novartis in 2015, and Fibrotech, which was acquired in 2014 by Shire, now part of Takeda. Meanwhile, companies such as CSL, ResMed and Cochlear point to the country’s ability to generate public life sciences companies.

Traditional radiopharmaceutical drugs use a form of radiation called beta radiation to treat cancer. In contrast, Alpha 212 emits alpha radiation, which has a shorter range than beta radiation but, once delivered to a tumor site, can deliver significantly more energy to kill nearby target cells.

To continue its quest to develop a scalable and reliable supply of radioactive isotopes, AdvanCell raised A$18 million (US$11.4 million) in a Series B round in August 2022.

The company is developing a fungal coating for crop seeds that helps the plant store carbon in the soil, which improves soil health and crop yields.

In October 2021, Loam Bio raised an A$40 million (US$30 million) Series A funding round led by Time Ventures to fund development of the technology.

In May 2022, Loam Bio launched a collaboration with grain storage and handling organization GrainCorp to deploy its coating technology on Australian farms. The product could also allow farmers to propose carbon offset projects and diversify their sources of income.

Nutromics is a company focused on accelerating diagnostics in the clinical setting. This is especially necessary in intensive care units, where diseases can progress rapidly and current diagnostic tests can take many hours to process.

Nutromics’ solution is a skin patch device that can perform continuous blood testing, allowing clinicians to monitor blood in real time. Nutromics’ first target indication for the device is monitoring blood levels of the antibiotic vancomycin. Too much vancomycin in the blood can cause acute kidney injury in patients, so an effective monitoring device could help prevent overdoses.

Nutromics completed an investment round of US$14 million in September 2022, which will help the company expand in Australia and the United States.

OccuRx earns a spot on this list by raising US$14.5 million in a Series B funding round in September 2022. The Australian biotech company specializes in developing small molecule treatments for conditions involving tissue scarring called fibrosis. The drugs are designed to block a protein on the surface of cells that OccuRx says is linked to the development of many fibrotic diseases.

Provectus Algae is part of a growing group of companies using algae as mini-factories for valuable chemicals such as food flavorings, cosmetics and dietary supplements. As algae absorb carbon dioxide, this method could provide sustainable alternatives to existing production methods for the same chemicals.

To help the company produce viable manufacturing methods with algae, Provectus uses a range of digital tools, including machine learning, automation and bioinformatics.

The Australian biotech company raised A$11 million (US$8 million) at the end of 2021 to fund research and commercialization of products in its pipeline.

Although Australia has many strengths as a hotbed for biotech companies, there is room for improvement. In a strategic project published by Australian authorities in 2022, the authors highlighted the challenges of the Australian biotechnology sector, including a lack of access to capital, limited support to translate research into benefits for patients and a lack of coordination of incentives and support.

To address these issues, the government has pledged to support all parts of the R&D pipeline and provide additional incentives to cement the country’s biotech expertise.