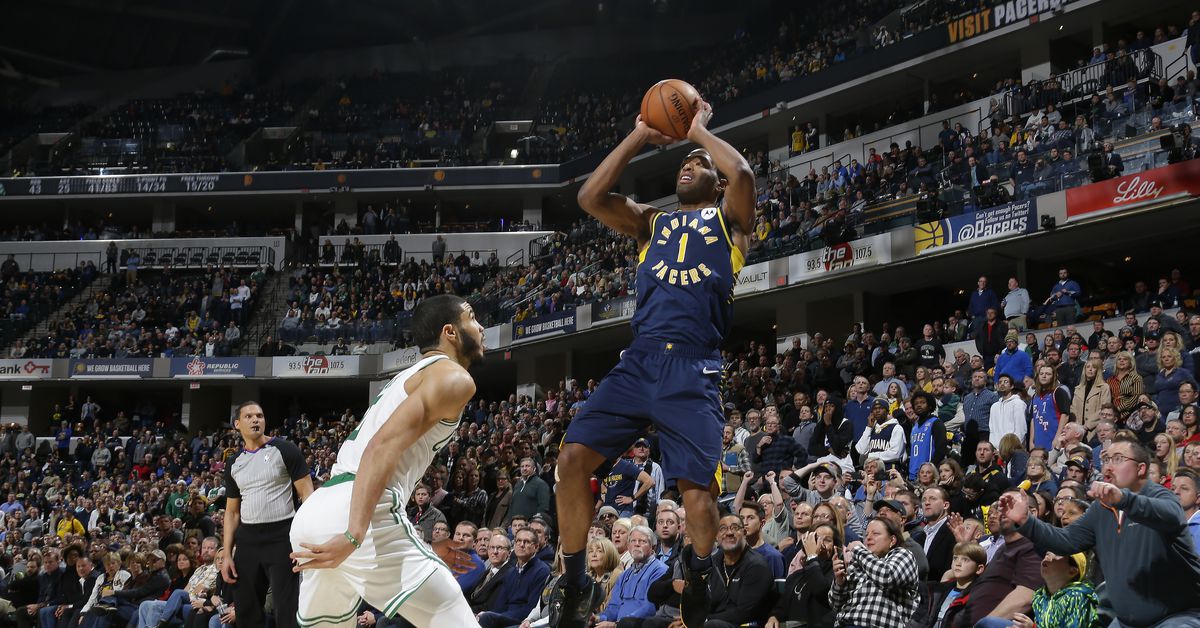 The Boston Celtics are very likely to be a luxury tax team this coming season. Boston has (or will once they fully guarantee Al Horford) over $149 million in guaranteed salary on their books for the 2022-23 season. That’s just above the projected luxury tax line of $149 million for next season.

Now, being over the tax line is not what determines which mid-level exception (MLE) a team gets. It is actually the tax base that makes this determination. That figure is just north of $155 million.

So it’s technically possible, if not unlikely, that Boston will open the offseason with the non-taxpayer MLE of $10,349,000. The challenge? Spending any amount of non-taxpayer MLE that is north of the taxpayer MLE equivalent of $6,392,000 triggers the hard cap.

Boston is not going to cap. It would remove too much flexibility, including using most of their large traded player exception of $17.1 million. Thus, we will assume that the Celtics will in fact only have the taxpayer’s MLE of $6.4 million, or they will be limited to using only that amount.

Something important to note: Because acquiring a player via sign-and-trade also triggers the hard cap, that’s not in play for the Celtics this summer. Anyone they sign this summer will be a direct signing through the MLE or minimum deal.

With all that in mind, here are 15 players Boston could target with the Taxpayer MLE.

1. TJ Warren – unrestricted free agent – ​​Indiana Pacers: It’s been almost two years since we’ve seen Warren play in an NBA game. After dominating in the bubble, Warren was stopped just four games into the 2020-21 season and then missed the entire 2021-22 season with a left foot injury.

The good news? Warren is fully cleared to play again. He could have played late last season, but with the Pacers prioritizing ping pong balls, there was no reason for Warren to play.

The last time Warren played, during bubble season, he was terrific. He scored 19.8 points per game on the 53/40/82 shooting splits. Obviously, when healthy, Warren can really fill it.

Could he get more than the MLE taxpayer? Maybe. But this could be a “prove” type season for Warren. Prove that he is healthy and better next summer. There’s no better place to do that than off the bench for a title contender where you’re perfectly suited.

2. Bruce Brown Jr. – unrestricted free agent – ​​Brooklyn Nets: If the drama had torn the Nets apart, Brown could have been really accessible for the MLE. Now, that might be harder to achieve. He’s a perfect fit for Brooklyn, just as he would be for the Celtics. Maybe being a Boston native could help shake things up, but Brown could be out of the Celtics’ salary range, with the Nets likely to bring back most of their top contributors.

3. Nicholas Batum – unrestricted free agent – LA Clippers: Batum is likely to re-sign with the Clippers, but the Celtics were one of the teams mentioned as having an interest in the veteran forward. Batum could fill a major need as a 3/4 for Boston. He is a willing ball passer, a solid defender and a decent outside shooter. If LA gets stingy at all, or if Batum wants a slightly bigger role than the insanely deep Clippers can offer, the Celtics should be in the mix.

4. Gary Harris – unrestricted free agent – ​​Orlando Magic: Harris is kind of a forgotten man, having spent all year working out of sight in Orlando. But Harris rediscovered his shot with the Magic. His sturdy frame also allows him to play position and guard anyone 1-3. He would be a really solid fit in Boston’s defensive scheme to change everything, while still providing shots off the bench.

5. Kyle Anderson – unrestricted free agent – ​​Memphis Grizzlies: Anderson has long been the apple of the eye of Celtics fans. His game would fit in well in Boston. He also has a Spurs relationship with Ime Udoka. A challenge ? Anderson has never really been a very good shooter. And he’s not a great scorer. This goes against a few areas Brad Stevens said Boston needs to improve.

6. Otto Porter Jr.. – unrestricted free agent – ​​Golden State Warriors: If Porter is overpriced at Golden State, Boston should definitely make a call. He would fill the need for forward swing, while giving the Celtics the punch and shot they were looking for. Health is always a question mark, but Porter rode through a long title run with the Warriors without too many problems last season.

seven. Caleb Martin – restricted free agent – ​​Miami Heat: We get into the real wing section here. Martin had a stellar season with the Heat as he developed into a solid 3&D player. Miami doesn’t have any kind of free agent rights for Martin, so matching a deal for him could get tricky. The MLE taxpayer could also be in play from the Heat, but they also have other priority free agents. This makes Martin a potentially stealing player.

8. Cody Martin – restricted free agent – Charlotte Hornets: If you can’t get Caleb, why not get his brother Cody? Not only are they identical twins, but they also have very similar games. Cody Martin has also become a good 3&D player. Charlotte can match any deal, but there are rumors the Hornets are worried about finances. That makes this Martin twin another potentially stealable player.

9. chris butcher – Unrestricted Free Agent – ​​Toronto Raptors: Boucher could bring in more than the MLE ratepayer, but it could be an overpayment. For Boston, it would kind of belong in the Taxpayer MLE. It’s a bit of a backwards game. It’s not that Boucher is young, but you bet he’s going back to being the guy who finished it all around the rim shooting 38% from three and blocking shots at the other end in 2020-21. If enough teams see Boucher as the guy who slumped in all areas last season, then he could be available at Boston’s MLE.

ten. Isaiah Hartenstein – unrestricted free agent – ​​LA Clippers: The Clippers are limited to offering Hartenstein the MLE taxpayer, just like Boston. It levels the playing field. He would also be a substitute in both places. But one more year in Los Angeles and Hartenstein would have early access rights. Should Ivica Zubac move on, Hartenstein could be set up for a great 2023 payday from the Clippers. If LA sees it differently, Hartenstein would be an ideal backup center for the Celtics.

11. Nicholas Claxton – restricted free agent – ​​Brooklyn Nets: It looks like the Nets are mostly going to bring him back, but their owner has commented on trying to lower the tax bill next year. This could make Claxton potentially accessible for MLE. He would strictly support Rob Williams, but Boston would have the center position secured for years to come with talented young players.

12. Gary PaytonII –unrestricted free agent — Golden State Warriors: There’s some belief the Warriors could choose between Payton and Otto Porter Jr. Whichever one the champions don’t re-sign, Boston should be in the other. Payton would fit right into the Celtics defensive scheme and his off-ball work as a cutter would do wonders for Boston’s offense.

13. Ricky Rubio – unrestricted free agent – ​​Indiana Pacers: This one might be a bit flattering for Celtics fans…Rubio showed last year that he can still play, but he’s coming off a torn ACL. At best, he will be ready to play mid-season. So part of the deal expects that. Rubio can’t shoot either. At all. Not even a little. And he’s going to be 32. But he is still an elite passer and a solid defender. Is it really worth the MLE, considering you have to wait?

14. Delon Wright – unrestricted free agent – ​​Atlanta Hawks: Don’t let Wright’s tally stats last season fool you. He barely got to play for the Hawks last year, for reasons known only to Atlanta and Nate McMillan. Wright has had consecutive years of solid shooting and he’s solid defensively. If the Celtics want a combo guard who leans more towards the point guard, Wright would be a great option.

15. Taurus Prince – unrestricted free agent – ​​Minnesota Timberwolves: If Boston really wants a forward combo and hits top players, Prince isn’t a bad fallback option. He’s always been a reliable guy to catch and shoot three-pointers. That’s probably how most of his shots would come for Boston. He can get in trouble when he tries to dribble too much, but overall Prince is pretty solid.