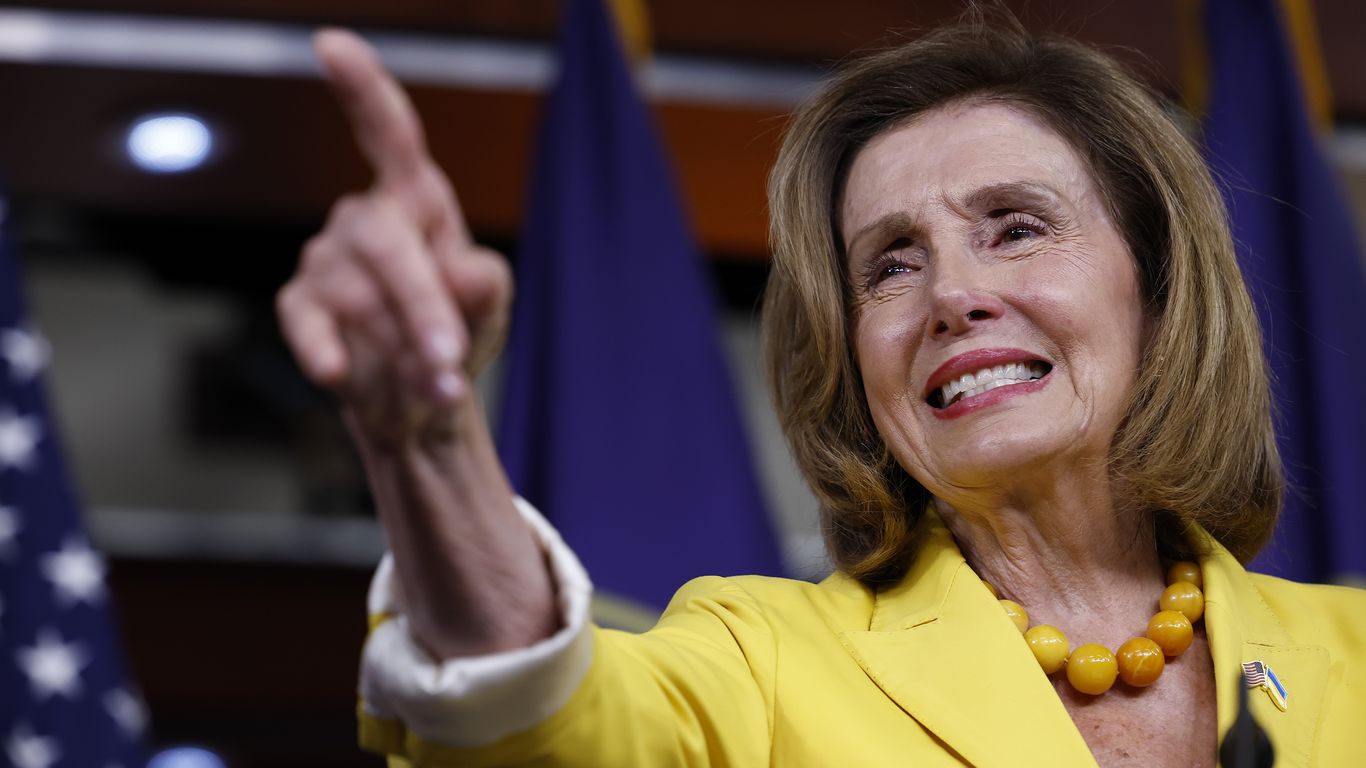 On Friday, the House of Representatives passed a $740 billion tax, health care and climate bill from Democrats, which is now going to President Biden’s desk for his signature.

Why is this important: The bill’s passage marks a major legislative victory for Democrats heading into the midterms and achieves several long-standing Liberal policy goals.

Driving the news: The bill passed 220-207 with all Republicans voting against.

Details: By far, the biggest spending provision in the bill is nearly $370 billion to fight climate change, including tax credits and funding for renewable energy, electric vehicles and retrofits. housing energy sources, as well as incentives for companies to reduce methane emissions. This too:

What they say : “This landmark [legislation] we’re sending to the president’s office is a resounding victory for American families from their kitchen tables,” House Speaker Nancy Pelosi (D-California) said in a floor speech.

Swing-seat Democrats told Axios they believe the bill will give them a boost on the campaign trail.

The other side: House Minority Leader Kevin McCarthy (R-Calif.) In a speech on the floor, called the legislation “the biggest tone-deaf bill I’ve seen in this chamber in 232 years.” .

Yes, but: The bill falls far short of what most Democrats had hoped for when Biden took office last January.