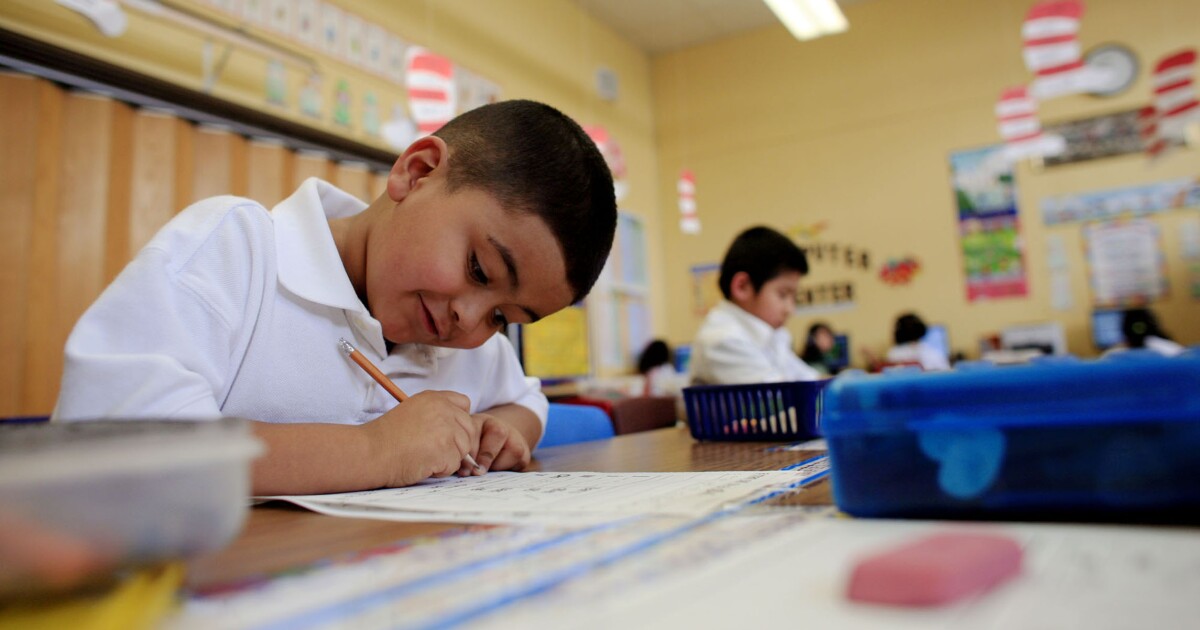 OWhen economist Milton Friedman first proposed the idea of ​​school choice in his 1955 essay “The Role of Government in Education.” the Nobel laureate speculated that he would be “
accelerate the pace of progress
in education. He was right – rigorous research proves it.

We have seen a massive expansion of educational choices in recent years, thanks in part to the pandemic and parental dissatisfaction with radical public school curricula. Thirty-two states and Washington, DC now operate 76 private school choice programs. So, has the choice accelerated the pace of progress? What does the research say about the impact of choice on students across the country?

Fellows Corey DeAngelis and Patrick Wolf
recently reviewed the literature
on the effect of school choice on a range of student outcomes and found that school choice has positive benefits on a multitude of measures.

Researchers have so far conducted 16 random assignment studies, the gold standard of empirical research, on the impact of educational choice on student academic achievement. Of these 16 studies, 10 found statistically significant positive effects for participating students. Only two found negative effects, which were unique to a heavily regulated program in Louisiana that discouraged high-performing private schools from participating, and four found neutral effects.

But the good news doesn’t end there. Researchers conducted five random assignment studies on the effect of school choice on academic achievement—that is, high school completion and college enrollment—on participating students. Three of these studies found increases in high school graduation rates and college enrollment, and two found zero effects for students enrolled in school-choice programs such as vouchers. and tax credit scholarships.

This same review looked at studies examining the impact of school choice on student safety, identifying three random assignment studies, all of which found better school safety outcomes, as reported by parents or students.

Additionally, DeAngelis and Wolf identified seven random assignment studies that examined the effect of school choice on character development. Three of these seven studies found that education choice improved civic outcomes such as tolerance and charitable giving, while four found no effects. Expanding their analysis to all rigorous character development studies, they found that seven of the 12 studies reported positive effects.

Education Choice, the umbrella term that encompasses vouchers, tax credit scholarships, and education savings accounts, enhances student success and achievement, security, and character development. But it also creates the competitive pressure needed to improve outcomes for students who choose to stay in their district public school.

Greg Forster’s review
literature on the effects of competition reviewed 33 empirical studies examining the impact of school choice on the academic achievement of public school students. His analysis found positive results in 31 of those 33 studies.

And it does it for a fraction of the cost. Forster also found that 25 of 28 studies examining the tax effect of education choice determined which policies save taxpayers money. No studies have found a negative impact on taxpayers,
Foster reported
.

How is it possible? What is it about the choice of education that makes it such a successful policy?

The positive benefits are a function of the improvement in the incentive structure created by the choice of education. Rather than assigning children to public schools in the district in which their parents can afford to buy a home, whether those schools are responsive or consistent with family values, school choice places education funding public directly in the hands of parents.

With an education savings account, for example, parents receive a portion of what would have been spent on their child in public school. They can then use these funds to pay for private school tuition, online learning, special education services and therapies, private tutors, and a host of other education-related services, products, and providers. .

District schools are spending someone else’s money (taxpayers’ money) on someone else’s (other people’s children as well as yours). Education savings accounts, on the other hand, are much closer to spending your own money on yourself (your own children) and as such provide the maximum incentive for parents to
save and maximize value
.

Research, economics and, above all, the voice of families demonstrate that it is time to move away from ossified systems of funding school buildings and allocating children and towards options that fund families directly. Education Choice does just that. And recent initiatives by leaders like Arizona Governor Doug Ducey show that extending those options to every child in a state is possible.

The school choice movement has momentum on its side. This year, more families than ever will enter the school year in the learning environment of their choice. This is progress, but there is still a lot of work to do.

Lindsey M. Burke is a Mark A. Kolokotrones Fellow in Education and Director of the Heritage Foundation’s Center for Education Policy.