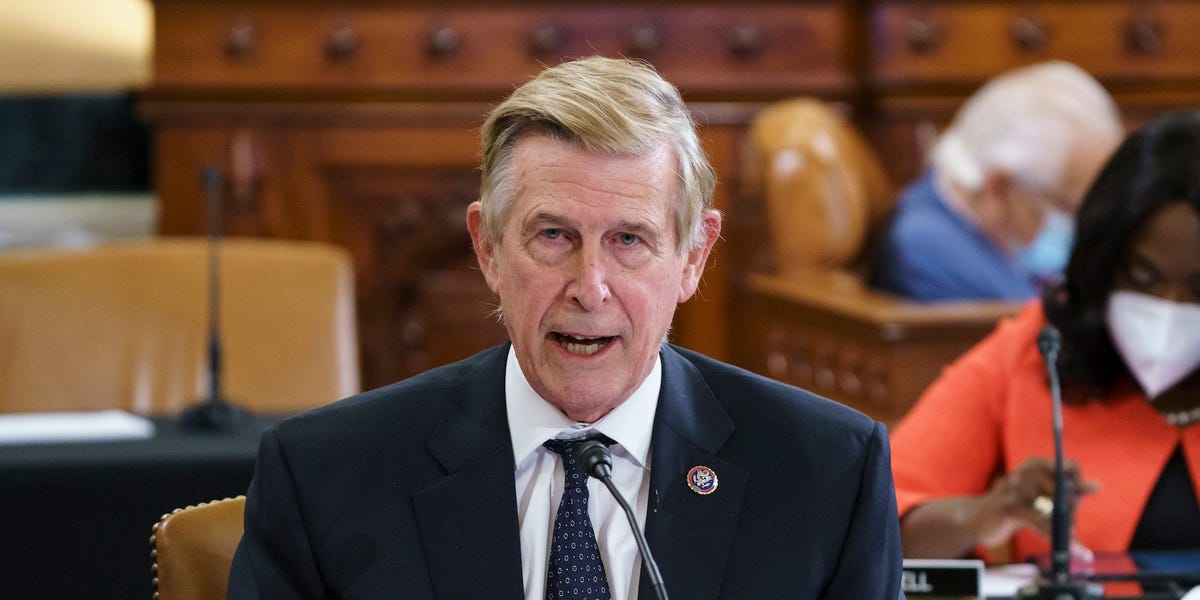 In the blink of an eye, Democrats are moving forward with their agenda — and some want to add a minimum tax on billionaires.

Representatives Don Beyer of Virginia and Steve Cohen of Tennessee are introducing legislation that would enact a targeted 20% income tax for households worth more than $100 million. It’s what Democratic Representatives and the Biden administration call a “billionaire minimum income tax.”

“Republicans cut taxes for the wealthiest among us while proposing higher taxes for the average person,” Beyer said in a statement. “We reject this failed trickle-down economic approach and respond with a fair tax policy that will put our country on a stronger fiscal footing while restoring fairness to the tax code.”

Under the proposal, which was first introduced by Biden as part of a reconciliation spending package, ultra-wealthy households would face a minimum tax of 20% on all of their income. This includes the rising value of unsold assets like stocks and real estate, known as unrealized capital gains. If billionaires are already paying what amounts to a minimum tax of 20% on all such income, including assets, they will not see an additional levy.

Experts previously told Insider it’s a similar setup to the deduction you see on your paycheck. Billionaires would essentially pay taxes on their unrealized gains, similar to how you prepay taxes by withholding, and, if those gains end up being less than what they prepaid, they’ll get a credit or refund – similar tax refunds that millions of Americans receive each year.

Traditionally, many of the wealthiest Americans have seen their wealth come from assets like stocks and real estate, rather than just cash income. These assets often see their value increase, as they have during the pandemic, but are generally only taxed when they are sold; this is called a capital gain, and it is taxed at a lower rate than the income tax you may see levied on your paycheck.

“Someone like me, for example, I sit here and stare at my computer screen, and the numbers usually go up and I get richer,” Morris Pearl, chairman of the ultra-wealthy tax advocacy group Patriotic Millionaires, and former chief executive of BlackRock, told Insider. “I have more money in my account, more money I can spend, and I have no taxable income. I don’t have a job. I don’t work for a living.”

Billionaires can sit on these assets for a while, and even borrow against them at low interest rates, allowing them to have billionaire-level cash flow without paying taxes. It’s one of the ways America’s 25 richest families paid a real tax rate of 3.4% on $401 billion in income, including accrued unrealized capital gains from 2014. to 2018, according to a bombshell report from ProPublica. The White House previously found that by including unrealized capital gains as income, America’s 400 richest families pay only 8.2% in income taxes per year.

The proposal comes after Manchin — who is known for throwing cold water on various Democratic spending proposals — announced a surprise deal Wednesday night with Senate Majority Leader Chuck Schumer. The Cut Inflation Act 2022 would enact a minimum 15% corporate tax and remove the carried interest loophole, which allows people working in private equity and other businesses whose income comes from profits from being taxed at the capital gains tax rate.

In an interview with West Virginia radio host Hoppy Kercheval, Manchin reiterated the importance of closing the carried interest loophole and imposing a minimum corporate tax.

But the general proposal on climate and taxation did not include the tax on billionaires. He is unlikely to top Manchin, who condemned the White House plan earlier this spring. He argued that “you shouldn’t be taxed on things you don’t have”.

Prince Harry cost taxpayers up to £100,000 with legal fight to get his bodyguards back