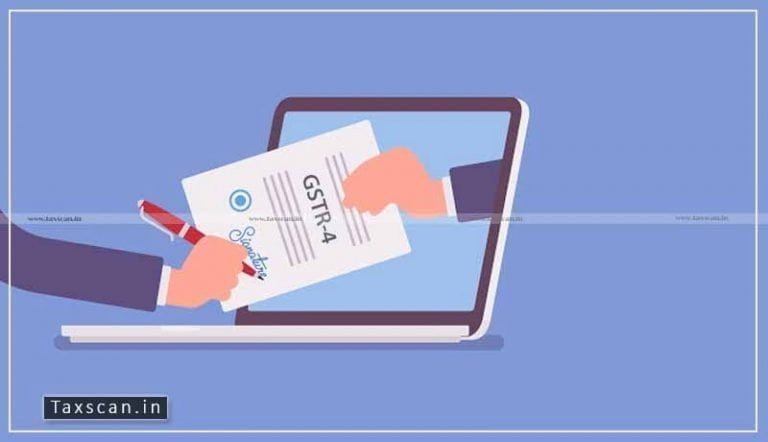 The Goods and Services Tax Network (GSTN) has issued a notice to taxpayers of composition under the GST.

Since fiscal year 2019-2020, compound taxpayers must pay the debt via GST CMP-08 form on a quarterly basis, while the declaration on GSTR-4 form must be filed on an annual basis after the end of a practice.

The notice released Saturday said the full year’s liability must be reported in GSTR-4 according to applicable tax rates. Taxpayers are required to complete Table 6 of the GSTR-4. In case there is no responsibility, said table can be filled with the value ‘0’. If no liabilities are reported in Schedule 6, it is assumed that no liabilities need to be paid, even though the taxpayer may have paid the liability via the GST CMP-08 form. In such cases, the liability paid through GST CMP-08 becomes the excess tax paid and passes to the negative liability statement for the use of it for the liability of the next tax period.

In accordance with the notice, liability paid through the GST CMP-08 form is automatically populated in Table 5 of the GSTR-4 for the convenience of taxpayers. Taxpayers who do not complete Table 6 of the GSTR-4, i.e. no liability is reported, even though the taxpayer may have paid the liability via the GST CMP-08 form; since the “tax payable” in GSTR-4 is calculated after reduction of the liability reported in GST CMP-08 which is automatically populated in table 5. Thus, if nothing is reported in table 6, then the entry of negative passive appears in GSTR-4.

The details of the debit thus effected have been communicated to all these taxpayers through e-mails available on the portal. In case the liability was paid by adding the liability of the following years, the same can be claimed as reimbursement through the application in the form GST RFD-01.

Support our journalism by subscribing to Taxscan ad-free. follow us on Telegram for quick updates.

Mark McGowan at the launch of Labor