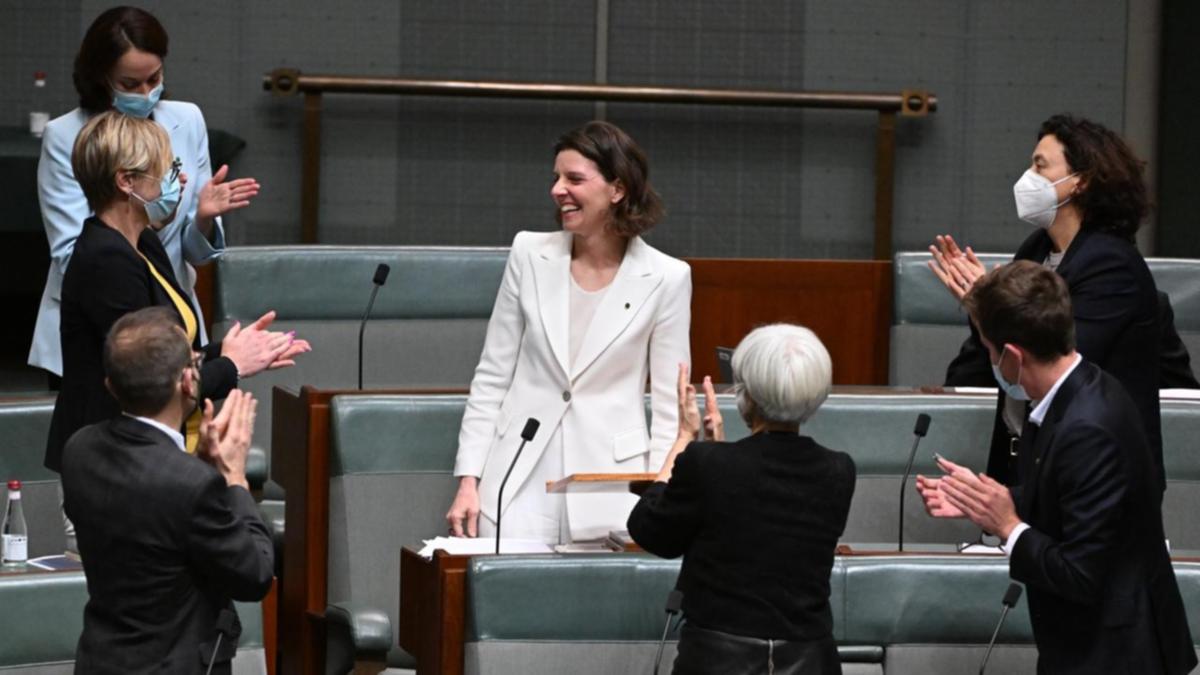 Tax reform and an overhaul of the way public funds are spent are on the agenda of one of Australia’s new parliamentarians.

Backed by the Climate 200 group, the “teal” candidate campaigned on a platform of increased action on climate change and restoring the integrity of the federal parliament.

In her maiden speech to Parliament, Ms Spender lamented the way both sides of politics ‘signal their commitment to the issues with dollar signs’.

“In business, if you spend money and don’t get results, your budget is cut,” she said Monday.

“We are spending more money on education, on health, and we are regressing.

“We always have to remember that it’s not our money, we’re taking it out of the pockets of families who need it and they need it now more than ever.”

Ms Spender also paid tribute to her late ‘trailblazer’ mother, fashion designer Carla Zampatti, saying she would have been delighted to see the number of women elected to parliament in 2022.

Both her father and grandfather served as Liberal MPs in the House of Representatives, but Ms Spender said she was fiercely independent.

“Your family gives you their values ​​and your career lets you live them, but that’s not why I’m here,” she said.

“I am here because my community, Wentworth, sent me to represent their values ​​in this parliament.”

Ms Spender has also called for reforms to Australia’s tax system, saying it is not fit for purpose.

The 47th Parliament must be the one to end the “politics of waste”, she said.

“We have a tax system that is holding us back. A stamp duty that imposes costs on housing, a payroll tax that is a tax on work. A tax system that does not stimulate productivity,” Ms Spender said. .

“We have to face these difficult questions.”

But the Independent also issued a warning to Liberals and Nationals, pointing out that the number of women members of the lower house has never exceeded 25%.

“Women will be represented, we were polite, we kindly asked and waited,” she said.

“We’re done waiting, and we’re taking what’s ours. This cross bench is a reflection of that. Ignore it at your peril.”