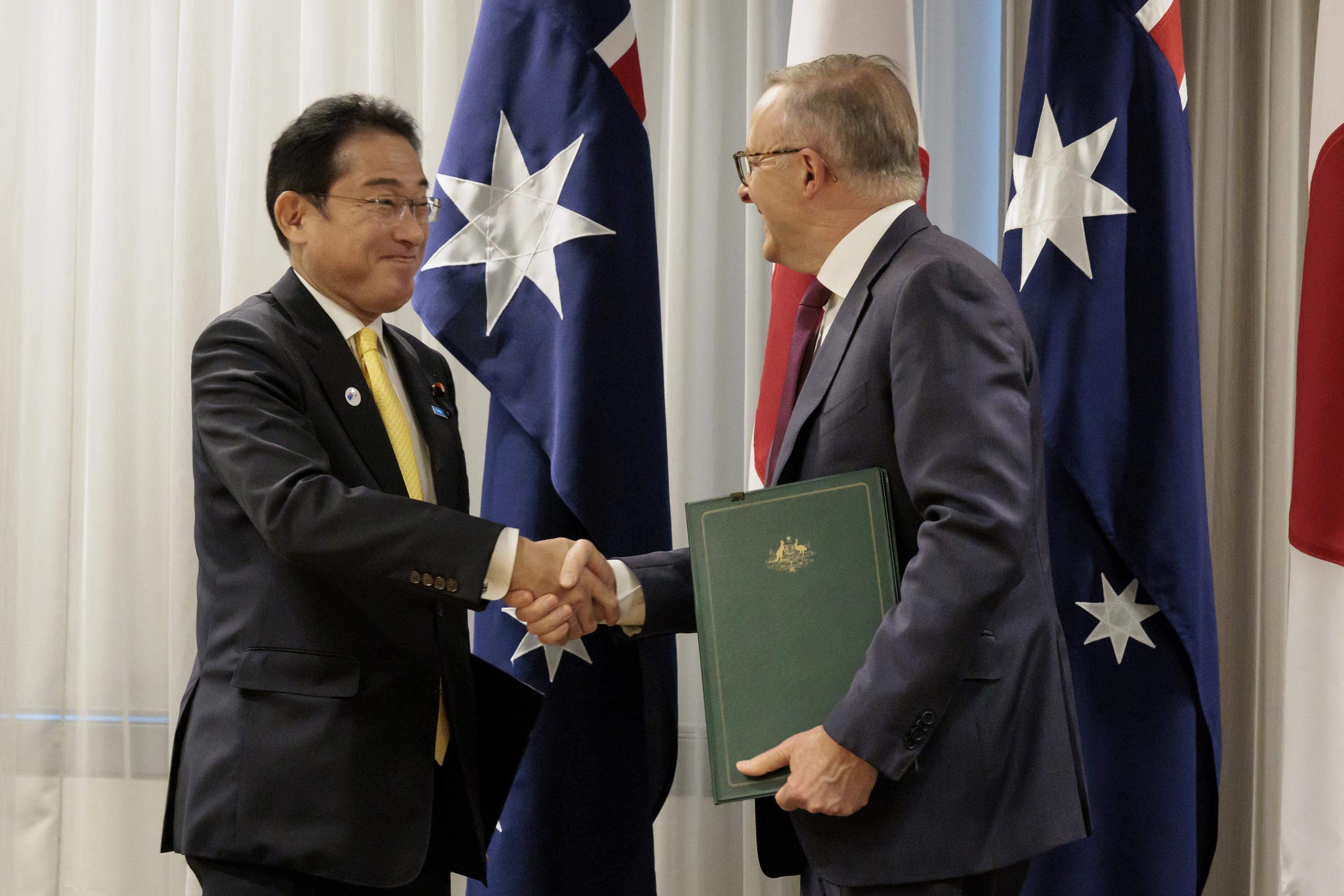 Japan and Australia improve their security pact against the Chinese threat

The update of the Joint Declaration on Security Cooperation, a pact first signed in 2007 when China’s rise was less of a concern, was the main outcome of Japanese Prime Minister Fumio’s meeting. Kishida with his Australian counterpart Anthony Albanese in the west coast city of Perth.

It is based on a reciprocal access agreement which Kishida signed in January with then Australian Prime Minister Scott Morrison, which removes barriers to holding joint military exercises in either country.

It is the first such agreement that Japan has concluded with a country other than the United States. Japan announced on Saturday that its Self-Defense Forces will train and participate in exercises with the Australian military in northern Australia for the first time under the deal.

As part of the agreement, Albanese told reporters, “This historic statement sends a strong signal to the region of our strategic alignment.”

The statement also refers to cooperation to “resist economic coercion and disinformation” – threats that China is widely accused of.

“This renewed declaration … will chart the direction of our security and defense cooperation over the next 10 years,” Kishida said through an interpreter.

The prime ministers agreed that the new declaration reinforces Japan’s and Australia’s bilateral security treaties with the United States that underpin peace and stability in the Indo-Pacific.

Kishida’s visit for an annual bilateral summit is his fourth meeting with Albanese since the Australian leader’s government was elected in May.

They first met in Tokyotwo days after the election, for a summit of the Quadrilateral Security Dialogue, better known as the Quad, which brought together Albanese and Kishida with US President Joe Biden and Indian Prime Minister Narendra Modi.

The decision to hold Saturday’s meeting in Perth – the capital of Western Australia state, which supplies much of Japan’s liquefied natural gas and the wheat from which udon noodles are made – was symbolic of the ties close economic relations between the two countries.

Japan and Australia have agreed to cooperate on energy security, which is globally threatened by Russia’s invasion of Ukraine. Australia provides most of Japan’s energy in the form of LNG and coal.

Kishida said both he and Albanese were deeply committed to nuclear disarmament. Kishida declared a Russian nuclear strike on Ukraine would be an “act of hostility against humanity”.

“Russia’s act of threatening to use nuclear weapons is a serious threat to the peace and security of the international community and absolutely unacceptable,” he added.

Japan and Australia have agreed to improve energy security by boosting Japan’s access to LNG, hydrogen and critical minerals as the two countries move to net zero greenhouse gas emissions from here 2050.

The two countries also signed a partnership on essential minerals that would strengthen the supply chains of Japanese manufacturers.

Australia’s resources of critical minerals like antimony, cobalt, lithium, manganese ore, niobium, tungsten and vanadium rank among the top five in the world, according to an Australian government website.

Kishida said Australia had gained special importance outside of Japan’s alliance with the United States.

“I think Japan-Australia relations have become a key part of Japan’s cooperation with its partners,” Kishida told Japanese reporters who flew to Australia with him.

China’s defense budget has more than quadrupled since 2007, when Australia and Japan signed their first defense declarations.

Follow AP’s coverage of the Asia-Pacific region at https://apnews.com/hub/asia-pacific