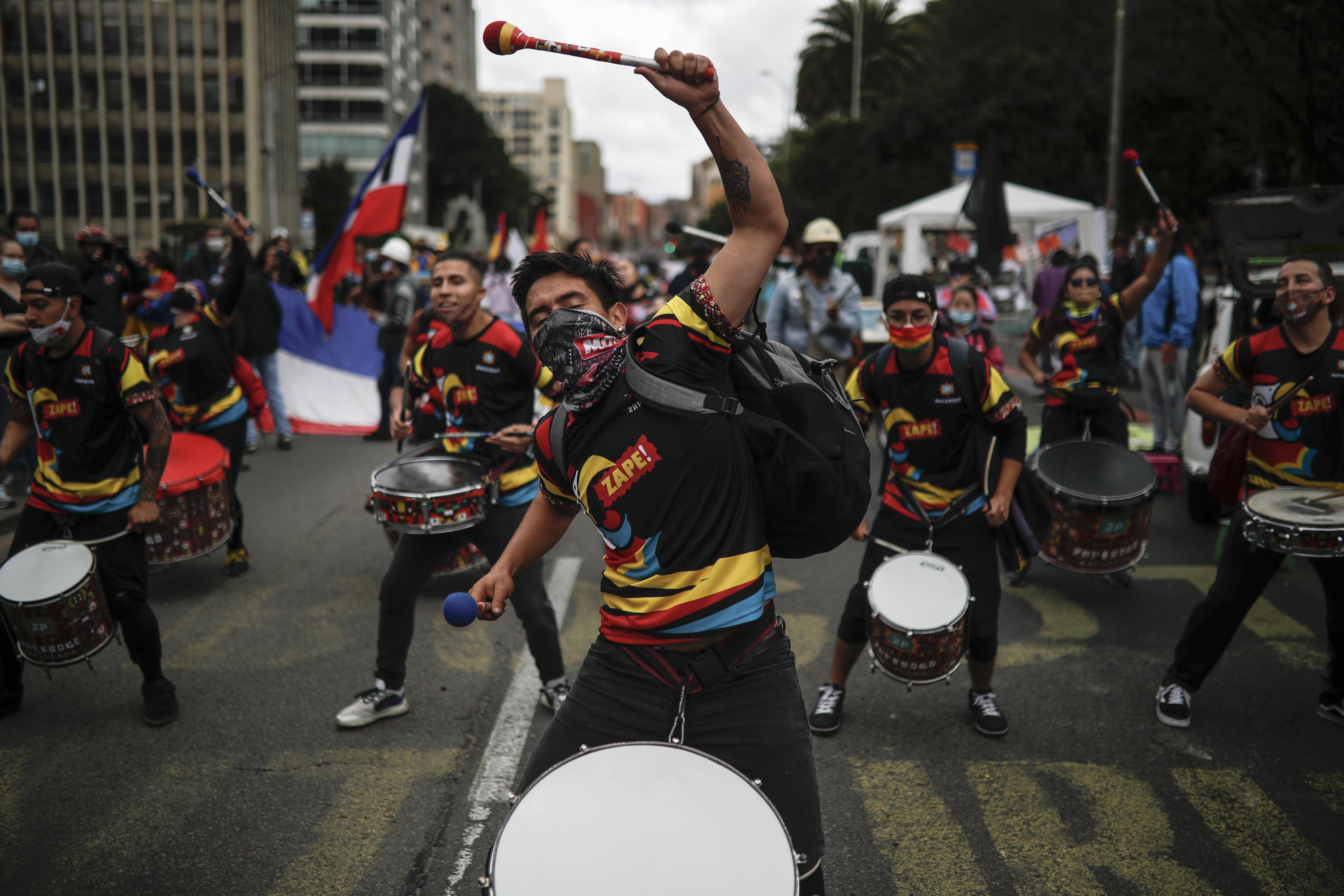 Thousands of people took part in marches in major cities in Colombia as Duque presented his government’s achievements to Congress and presented a tax plan to fund grants to low-income families who were out of work during the pandemic .

The new plan is less than a $ 6.3 billion package that was presented in April and sparked huge protests across Colombia, in which dozens of people have been killed. The new proposal places a higher tax burden on corporate profits while rejecting a previous proposal to impose sales taxes on commodities like coffee and salt.

Protesters said the new plan was not doing enough to increase spending on education and job creation in Colombia, where the economy contracted 7% last year and plunged 3 million people more in poverty, according to the national statistics department.

“The protests continue because President Duque has not solved any of the problems faced by Colombian society,” said Francisco Maltes, president of the Central Union of Workers, one of the groups that carried out anti-government protests.

His union is part of a coalition of unions and student groups that plans to present to Congress 10 proposals to deal with Colombia’s social and economic crisis. These include the disbandment of the country’s riot police as well as the creation of a basic income program that would make monthly payments of $ 260 to 10 million people.

The government’s subsidy program currently provides monthly payments of $ 40 million to $ 3 million for families struggling to live in this country of 50 million people. The new tax plan aims to maintain these payments, provide grants to businesses that hire workers between the ages of 18 and 28, and also fund tuition fees for low- and middle-income students.

During Tuesday’s protests, which were significantly smaller than those in April and May, protesters also said they wanted justice for young people recently killed by police. Human Rights Watch says it has gathered evidence linking police to the killing of 25 protesters in the recent wave of protests, while local organizations say the number could be higher.

“Our country is in mourning,” said Atala Ojeda, a retiree who joined one of the marches in Bogota, wearing a Colombian flag with a black ribbon. “Every month we lose young people and social leaders.”