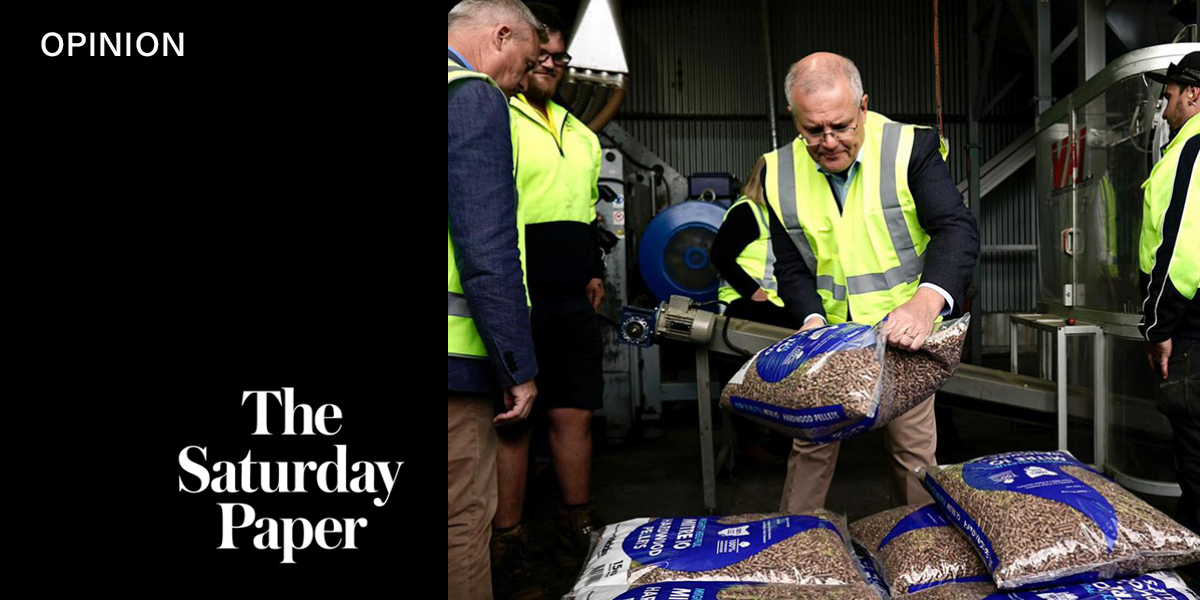 Morrison focuses on the economy at the expense of workers

The essence of Scott Morrison’s so-called election campaign marketing strategy is to attempt to control the narrative by creating doubts and even fear of alternatives. Hence the themes “who do you trust to run the economy?” and “Who do you trust to manage our national security?” In each case, Morrison pushed the argument that Anthony Albanese is unprepared, inexperienced and a risk. However, Morrison tried to adopt narrow definitions of “economic management” and “national security”, which proved difficult to maintain over the course of the campaign.

Take his attempt to limit national security to, essentially, military readiness. That framework has been challenged by the neglect of climate change – for many our most important electoral issue and national security challenge – and by his government’s failure to maintain effective relations with Pacific island nations. This issue goes far beyond the Solomon Islands – see the criticisms of Fiji Prime Minister Frank Bainimarama and China’s involvement in Vanuatu.

Similarly, Morrison has tried to limit “economic management” considerations to his recent budget as a “plan” for our future. In reality, it’s just a huge barrel of pork. The money is spent for a perceived political benefit, with no deliverable process for fiscal repair or a national productivity strategy – the key to sustainable growth, jobs and job security, and increases in real wages.

Morrison continues to ignore the fact that fiscal repair will be a dominant issue for future governments, with structural deficits stretching as far as the eye can see and further spending explosions likely in defence, the national disability insurance scheme and debt interest. It is unwise in such circumstances for Morrison to foreshadow further unaffordable tax cuts, when in reality, future governments will have to consider raising taxes and drastically cutting other spending.

Morrison’s narrow framework also neglects industrial relations, an issue that is likely to dominate our next government’s early challenges and for which he has no strategy. Morrison can argue that Albanese never held an economic portfolio and does not recall key economic data. However, Morrison would have to admit his opponent is better suited to handle industrial relations, with a Bob Hawke-like ability to bring employers and unions together for deal-style talks and ways forward. Additionally, Morrison carries the legacy of John Howard’s WorkChoices, which has been seen as an attack on workers’ rights.

Morrison has no policy on these industrial relations issues and would have a significant trust deficit to overcome in any discussion or negotiation.

The next government will have to tackle a multiplicity of tensions in industrial relations. Many pay relativities are irrelevant, which has led to some of the recent strike activity – particularly among teachers, nurses and older workers, and other essential services including paramedics and paramedics . There are several examples of wage theft, with large supermarkets reportedly incurring wage arrears and – perhaps most importantly – cases of “super theft”. The Australian Taxation Office has recorded that around three-quarters of employers have stolen superfood from their employees, totaling $5 billion, a practice that has sprung up because it is legal not to pay superfood only four times a year, instead of every payday. In addition, there are many abuses in the “labour hire industry” and in the payment of penalties. Debate continues over the need to raise public service wages, and various wage cases are before the Fair Work Commission.

Morrison has no policy on these industrial relations issues and would have a significant trust deficit to overcome in any discussion or negotiation.

Another worrying trend in the campaign as it unfolded was the growing paranoia within the Morrison government about the importance of the independent movement. Several so-called safe seats are threatened. It came to a head last weekend with footage of Howard in his old Bennelong seat with outgoing member John Alexander. Howard attacked independent supporters as “anti-liberal groupies” and urged mainstream liberal voters to stay the course even if they feel “unhappy.”

What this call ignores is that Liberals in supposedly “safe” seats are being increasingly disenfranchised by the Morrison government and the Prime Minister’s influence in their party. They are drawn to independents in the hope that their votes will lead to better government.

No one should recognize this more than Howard, who lost the support of Bennelong voters, as well as the government, for failing to represent their interests and steer the country in sensible directions. His failures to say sorry to the Stolen Generations and to ratify the Kyoto Protocol and to develop an effective climate policy gave Kevin Rudd an opportunity to win the election.

Howard surely could not have missed the significance of Alexander’s loss of confidence in the Morrison and Barnaby Joyce coalition in his decision not to contest the seat. Alexander had to accept that his tireless work in a number of policy areas, including improving housing policy, had been ignored by Morrison.

His call for a high-speed rail authority was eventually embraced by Albanese, and Labor could now win the seat.

It’s sad to say that Alexander followed the path of many ‘nominated’ candidates that the big parties encouraged to enter politics to win a seat – indeed, he won Bennelong from Maxine McKew, who took him from Howard — to be used as cannon fodder in someone else’s political career.

We can expect Morrison to keep his attack on the independents going, much like a distraction from his failures. It will focus on their reluctance to declare which side they would support in the most likely case of a minority government. However, it is unreasonable to expect a response before the actual election result is known and independents are faced with a choice, with information on minor parties and the number of independents who will be in the mix. . Morrison needs to know that he is behind on the key issues of character, integrity, climate and women.

Morrison’s attempt to restrict the narrative to its narrow terms failed. This was compounded by his general reluctance to accept responsibility or defend the detail of his positions. As the campaign goes on, I suspect he will continue to block more, becoming more exposed on certain issues.

And as bad as his performance is for the traditional Liberal voter, he and his team, along with Josh Frydenberg and Peter Dutton, are unlikely to attract swing voters looking for an Australia moving forward. Far from being an asset in the campaign, these two are mostly seen as reaper types in hiding, awaiting the quiet death of their leader. The irony is that each of them faces real challenges in their own headquarters – Frydenberg from a strong independent woman in Kooyong, Monique Ryan and Dutton from Ali France for the job in Dickson.

Unfortunately, the reality is that there is no effective succession plan within the party. Many who might otherwise have risen through the ranks were discouraged, both within the party or from seeking pre-selection. It is sad that an electoral defeat is what it takes to recalibrate the party, its leadership and its policies.

John Hewson is a member of the Climate 200 advisory board.

This article first appeared in the print edition of The Saturday Paper on April 30, 2022 under the headline “Industrial noise”.

A free press is a paid press. In the short term, the economic fallout from the coronavirus has taken about a third of our income. We will survive this crisis, but we need the support of readers. Now is the time to subscribe.