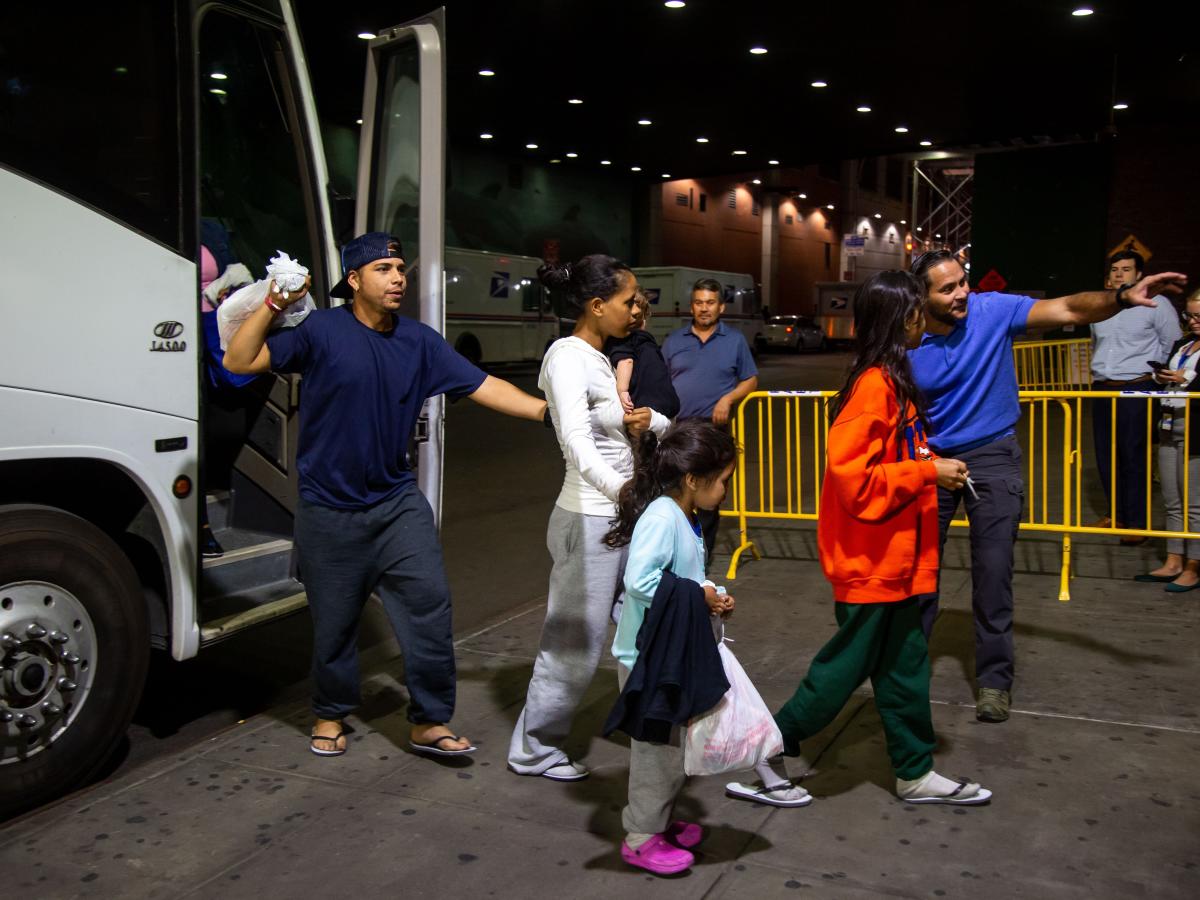 The mayor of New York declared a state of emergency on Friday over the influx of migrants, largely transported by bus from Texas.

“This is a humanitarian crisis that began with violence and instability in South America, and it is being accelerated by American political dynamics,” Mayor Eric Adams said. He expects the city to pay $1 billion to deal with what he called a “crisis.”

The Democratic mayor added: “We are on the precipice. We need serious partnership and realistic solutions,” as he called for emergency federal and state funding to provide migrant care.

Adams said New York’s shelter system has been completely flooded — it’s operating at near capacity — and is on track to reach record highs.

Since April, more than 17,000 asylum-seeking migrants, mostly from South America, have been flown directly to New York from the southern border “without notice”, Adams said.

“The majority are adults who cannot legally work in this country,” he said. “Many are families with school-age children. Some are in desperate need of serious medical attention.”

The city has received an average of five to six migrant buses a day since early September and at least nine more buses arrived on Thursday alone, the mayor said.

“Our right to protect laws, our social services and our values ​​are being exploited by others for political gain,” Adams said, continuing, “We didn’t ask for this. There was never a agreement to take care of thousands of asylum seekers.”

To cope with the influx, the city has already set up 42 hotels as emergency shelters. And he is reportedly considering housing migrants on cruise ships in New York waters.

A spokesperson for Norwegian Cruise Line confirmed to Insider on Friday that the city has contacted the company “about a possible cruise ship charter.”

“No agreement has been reached and we cannot speculate on the outcome of the ongoing trade discussions,” the spokesperson said.

In recent months, Republican governors like Greg Abbott of Texas — who have criticized the Biden administration’s immigration policies — have sent migrants to Democratic cities and regions.

Abbott has bussed thousands of migrants to New York since August.

“That responsibility was just handed over to us without warning when the buses started showing up,” Adams said on Friday. “There is no playbook for this, no precedent.”