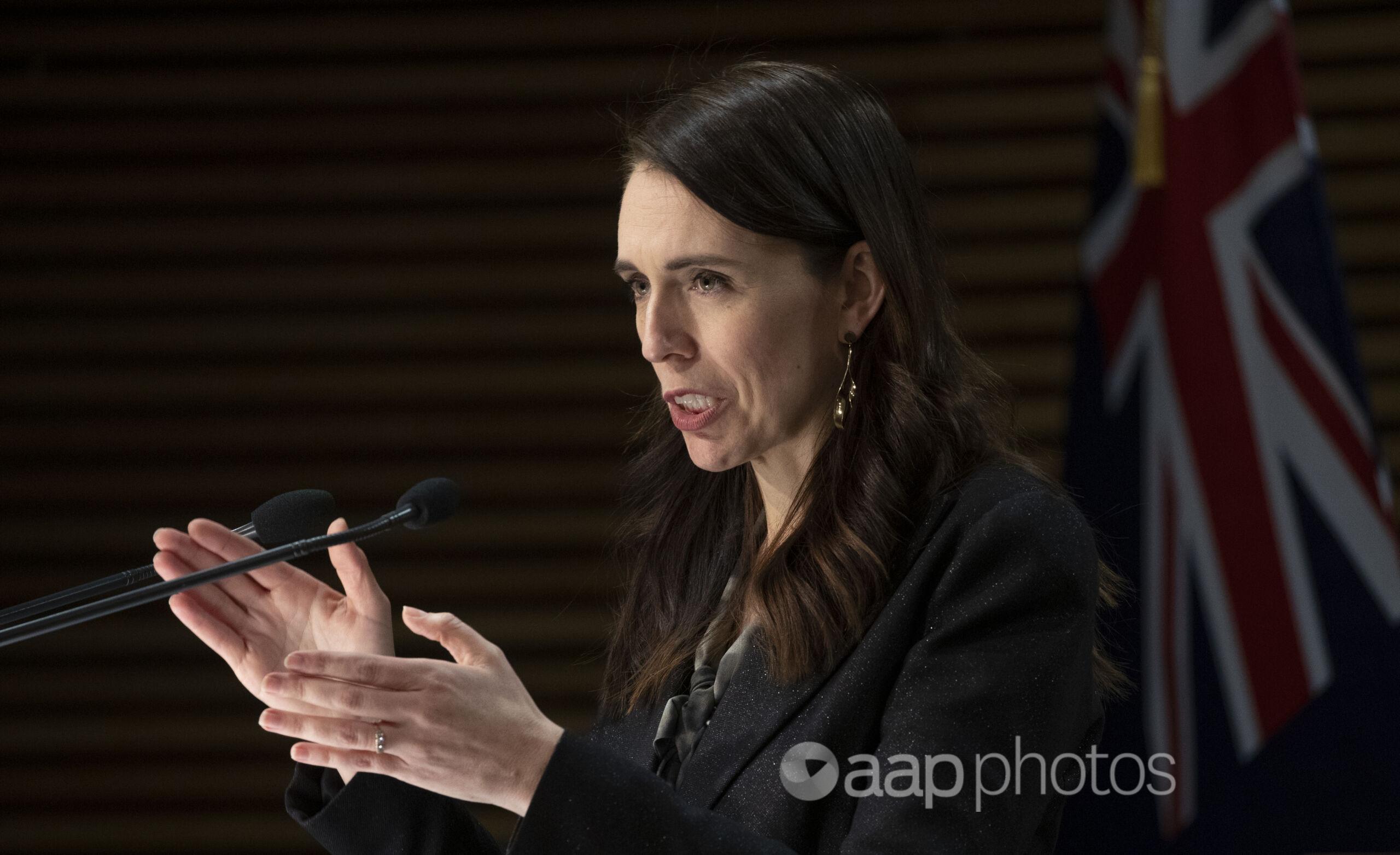 New Zealand does not give millions of dollars to the Taliban

A Facebook post claims the New Zealand government is giving millions of dollars in taxpayer money to gangs and the Taliban.

The Message of August 23 includes photos of New Zealand Prime Minister Jacinda Ardern, a group carrying Mongrel Mob vests and Taliban fighters in the Afghan presidential palace, alongside a quote attributed to Ms Ardern: “I want every New Zealand taxpayer to know that I love giving your hard-earned taxes.”

“First I gave $ 2.75 million to the lovely and helpful MM (Mongrel Mob). Now I gave $ 3 million to the kind and generous Taliban. I’m so nice I (sic) can’t believe me, ”the text continues.

At the time of writing, the post has been shared over 1,000 times and viewed over 120,000 times. Similar allegations regarding the financing of the Taliban are included in a Youtube video and several other Facebook publications (see examples here, here and here).

The New Zealand government has funded programs involving members of the Mongrel Mob, but not the motorcycle gang itself. It also provided humanitarian aid to international organizations in Afghanistan, but that funding was not intended for the Taliban.

In July, It has been reported that Ms Ardern’s government has allocated NZ $ 2.75 million for a drug addiction program run by members of the Mongrel Mob. Funding came from the Proceeds of Crime Fund and not from tax revenues.

Methamphetamine rehabilitation program, Kahukura, is run by an organization called Hard2Reach, and its co-director, Harry Tam, was a member of Mongrel Mob since many decades.

The Hard2Reach website states that the government-funded Kahukura was initially run as a pilot run by a group of chapters from the Mongrel Mob called the Chaindogs in Hawkes Bay. He said the pilot program was aimed “at tackling the poor health and high suicide rate in their Chaindog community” and had been successful.

Regarding the Taliban’s allegation of the post, the the government announced on August 20, it provided NZ $ 3 million in humanitarian aid to International Committee of the Red Cross (ICRC) and the United Nations Refugee Agency (UNHCR) to help those affected by the recent conflict in Afghanistan.

In a press releaseForeign Minister Nanaia Mahuta said the ICRC “was focusing on the protection of civilians and the provision of essential services, including emergency health care, water and sanitation”.

She said UNHCR “provides a range of protection and assistance” to internally displaced Afghans and Afghan refugees in neighboring countries.

A spokesperson for the Taliban later thanked the New Zealand government for directing aid to help the Afghan people, but the militant Islamist group did not claim that it was receiving aid directly.

A spokesperson for the New Zealand Ministry of Foreign Affairs and Trade said FactCheck AAP by email, the government “is not providing funding to the Taliban.”

The spokesperson said the ICRC and UNHCR “are providing humanitarian protection and assistance to Afghan communities affected by the crisis and operating independently of the Taliban.”

“They have considerable experience of operating in complex environments and have systems in place to ensure that aid gets to the right recipients. “

An ICRC spokesperson confirmed FactCheck AAP in an email that the funding would be used for programs to help victims of the conflict in Afghanistan.

The ICRC would also fund “direct civilian assistance and programs such as improving access to water” and “select beneficiaries of assistance solely on the basis of need”.

UNHCR did not respond to a AAP fact check request for comments on the Taliban funding request. However, the organization’s website says it provides emergency assistance to refugees and assistance to internally displaced persons returning to their homes or being resettled.

The website did not say whether Taliban refugees would be among those eligible for assistance under the program.

The New Zealand government did not directly fund the Mongrel Mob, as suggested in the post, but allocated NZ $ 2.75 million for a drug rehab program partly run by gang members. Funding for the program did not come from tax revenues as it is claimed, but rather from assets seized from criminals.

The government has not given NZ $ 3 million in funding to the Taliban. Rather, it funded two international aid agencies to provide health care and help refugees in Afghanistan. This funding is not administered by or directed to the Islamist group.

Message from Joe Biden to Australia for ANZUS 70 years

When the BIR rings the notification bell