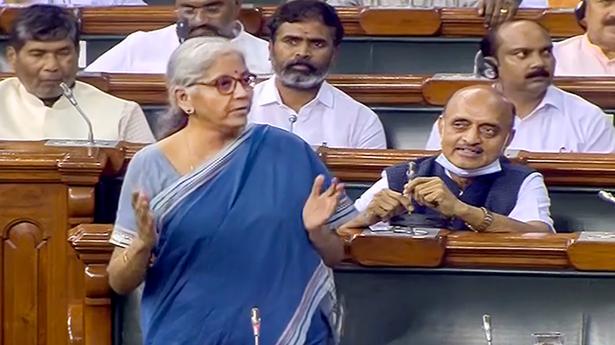 The government is looking into cases of alleged tax evasion by three mobile phone companies in China and notices have been given to them, Finance Minister Nirmala Sitharaman told Rajya Sabha on August 2. Responding to further questions during Question Time, the minister said the three companies are Oppo, Vivo India and Xiaomi.

The Department of Tax Intelligence (DRI) has issued a notice to mobile phone company Oppo for a total customs duty of ₹4,389 crore and these are based on misdeclaration of certain goods resulting in short payment of duty. customs, she said, adding, “we think customs evasion is around ₹2,981 crore”.

“The undervaluation of imported goods for the purpose of paying customs duties, which we believe to be an evasion of ₹1,408 crore,” she said.

She said voluntarily that they came to deposit ₹450 crore, well against the request of ₹4,389 crore.

As for other companies, she said Xiaomi is another mobile company that deals with assembled MI mobile phones.

The third company is Vivo India, for which there is also a notice of formal notice issued for ₹2,217 crore for which they have deposited ₹60 crore as a voluntary deposit, she informed the Chamber.

“In addition to this, the ED is looking at 18 companies which were set up by the same Vivo group and there they voluntarily handed over ₹62 crore in deposit but the parent company outside India has total sales of 1 ₹.25 lakh crore.

“Of the total sales of ₹1.25 lakh crore, Vivo transferred through these 18 companies huge amounts of funds and it is believed that Vivo India in turn remitted ₹0.62 lakh crore to its parent company which is outside of India,” Ms. Sitharaman said.

Labor government should speed up tax reform in Australia