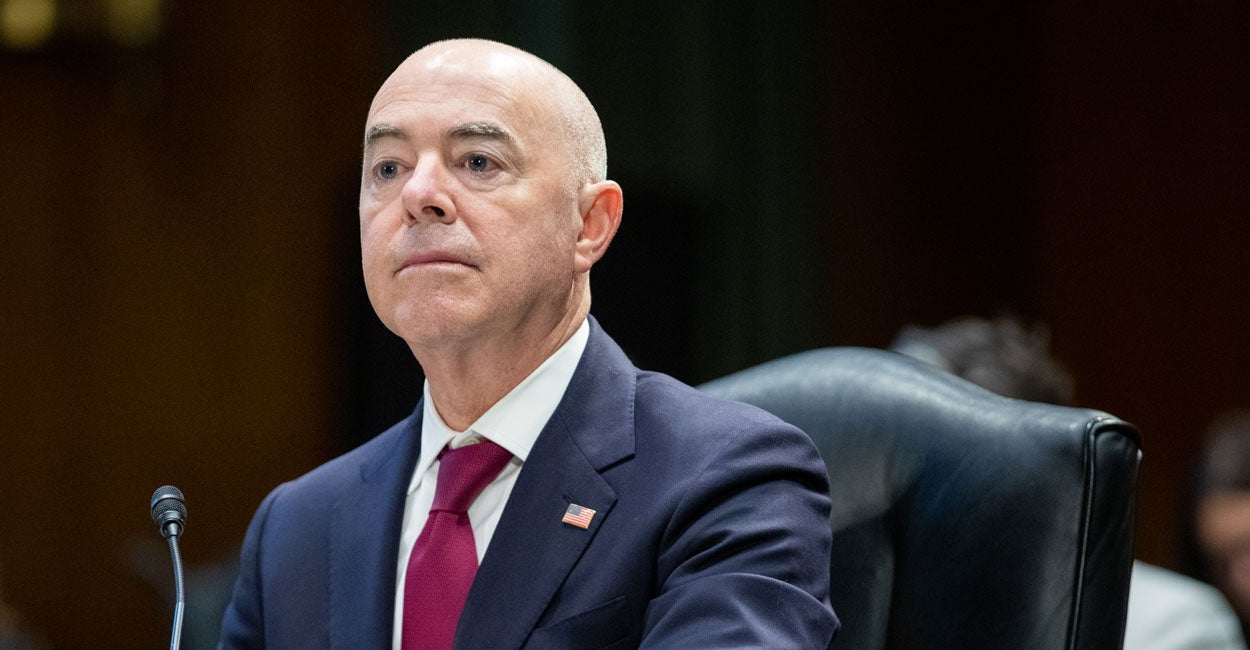 House Oversight Committee Republicans are launching an investigation into what they called a “taxpayer-funded censorship campaign” at the Department of Homeland Security.

Since 2020, the federal agency has come under fire for working with Big Tech companies to censor certain views primarily related to election integrity. The GOP launched its investigation after Monday’s report by The Intercept detailed how the feds began pressuring tech companies on a range of issues, including COVID-19, the vaccine for it, and the vaccine for it. ‘Ukraine.

Center Square got a letter from the group, led by Rep. James Comer, R-Ky. The letter, addressed to Department of Homeland Security Secretary Alejandro Mayorkas, calls for an “extensive censorship campaign within the DHS Cybersecurity and Infrastructure Security Agency.”

“CISA considers any dissenting opinion disseminated online as a cyber threat to critical infrastructure,” the letter states. “CISA relies on partnerships with private left-wing organizations — which have received millions of dollars in federal money — to identify and then take action against political discourse unfavorable to the administration, particularly regarding its handling of the COVID-19 policy.”

“This effort began after CISA partnered with left-leaning organizations and big tech companies to launch the Election Integrity Partnership,” the letter said. “EIP provides an online complaints platform that allows groups, including the Democratic National Committee on at least four occasions, to submit stories of reporting ‘tickets’ they have reported for their concerns. .

“The ‘tickets’ were frequently resolved by taking one of the following actions: 1) prohibit the user from posting their lawful speech or downgrade the individual entirely, 2) algorithmically restrict the reach of the speech on the platform. form, or 3) add other information, such as a warning label, to the post alerting users to the unfavorable status of the post,” the letter adds.

The White House pushed back on the criticism, saying it was not using the censorship portal.

“You know, we work to protect that — to protect Americans from disinformation that threatens the homeland, including malicious efforts propagated by outsiders … adversaries … began before the creation of the Disinformation Governance Council,” said Karine Jean-Pierre, White House press secretary, during a press conference. briefing on Wednesday. “In fact, some of this work began before this administration. I want to be very clear that the inter-agency work continues to this day.

“We are in regular contact with social media platforms and these engagements usually happen through members of our leadership staff and also members of our COVID-19 team given, as Dr Murthy said , that this is a big issue of misinformation, especially about the pandemic,” Psaki said during a press briefing in July last year, referring to US Surgeon General Dr. Vivek Murthy.

This survey is being conducted by the Republican Minority House Oversight Committee. If Republicans win a majority in the House, as current polls suggest, the survey could become a major fixture in the second half of President Joe Biden’s first term.

“The US Department of Homeland Security has a responsibility to protect the American people, not to deliberately target and discredit Americans opposed to the Biden administration’s radical agenda,” Comer said. “Any departmental operation aimed at stifling Americans’ free speech is unacceptable, an abuse of taxpayers’ money, and warrants an immediate congressional investigation. Republicans expect Secretary Mayorkas to cooperate with oversight of Congress in any online content surveillance program implemented by DHS to suppress Americans’ free speech.

Republican lawmakers have argued that the Biden administration is actively violating the First Amendment and has previously abused its influence over big tech companies to spread false information.

“In addition, your agency is poorly placed to moderate the discourse on social networks. In fact, you deliberately spread misinformation at a White House press conference last year regarding false allegations that your Border Patrol agents were whipping Haitian migrants at the Del Rio, Texas border. “, says the letter, adding:

At that press conference, you said that “we – our entire nation – saw horrific images” that “painfully evoked the worst elements of our nation’s ongoing battle against systemic racism.” Emails now reveal that you were told hours before these comments that the photographer who captured the footage you were referring to told news outlets that he and his colleagues “have never seen any officers whip anyone”. Armed with the truth, you have always perpetuated a false narrative that agents were whipping migrants at the border.

Originally posted by The Center Square

Do you have an opinion on this article ? To ring, please email [email protected] and we will consider publishing your amended remarks in our regular “We hear you” column. Don’t forget to include the URL or title of the article as well as your name and city and/or state.