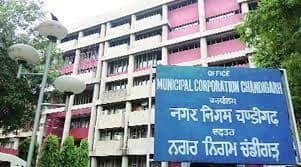 The Executive Committee meeting of FOSWAC (Federation of Sectors Welfare Association Chandigarh) was held at the People Convention Center in Sector 36, Chandigarh under the chairmanship of Baljinder Singh Bittu.

It brought together around 100 members from various Resident Welfare Associations (RWAs). SSP Kuldeep Singh Chahal was the main guest. The discussion was initiated by JS Gogia, to deliberate on unresolved issues related to RWAs and townspeople.

Initially, FOSWAC Chairman Bittu drew the House’s attention to the recent resolution passed by the Municipal Corporation allowing councilors to undertake leisure trips to exotic locations in the country under the guise of business trips. study.

“How garbage collection and treatment is managed there by spending taxpayers’ money. Several of these tours have already been conducted by dozens of officials and city councilors visiting many countries and exotic places in India in the recent past without any tangible results. As garbage collection and treatment went from bad to worse, creating mountains in Dadu Majra, the House unanimously condemned the waste of taxpayers’ money,” said a statement released by FOSWAC.

Addressing the members and the SSP, Bittu said the safety and security of the townspeople, especially the elderly and children, is a matter of concern for all. He called on the SSP to take up the issue of installing security barriers at the entry points of each sector, with the architectural firm which, in the name of the Le Corbusier plan, refuses such authorisation, forgetting the Modified Chandigarh scenario. He said the population has increased dramatically, as has the crime rate.

“Recently MC House approved a tour to Goa for all councilors and some councilors are said to have already backed off. In a section of the English print media, it was reported that the commissioner and chief engineer of MC had only recently visited Goa and nearby solid waste management plants. Much to the surprise, the tour report was submitted to the administration but was not considered at all,” the Second Innings Association said.