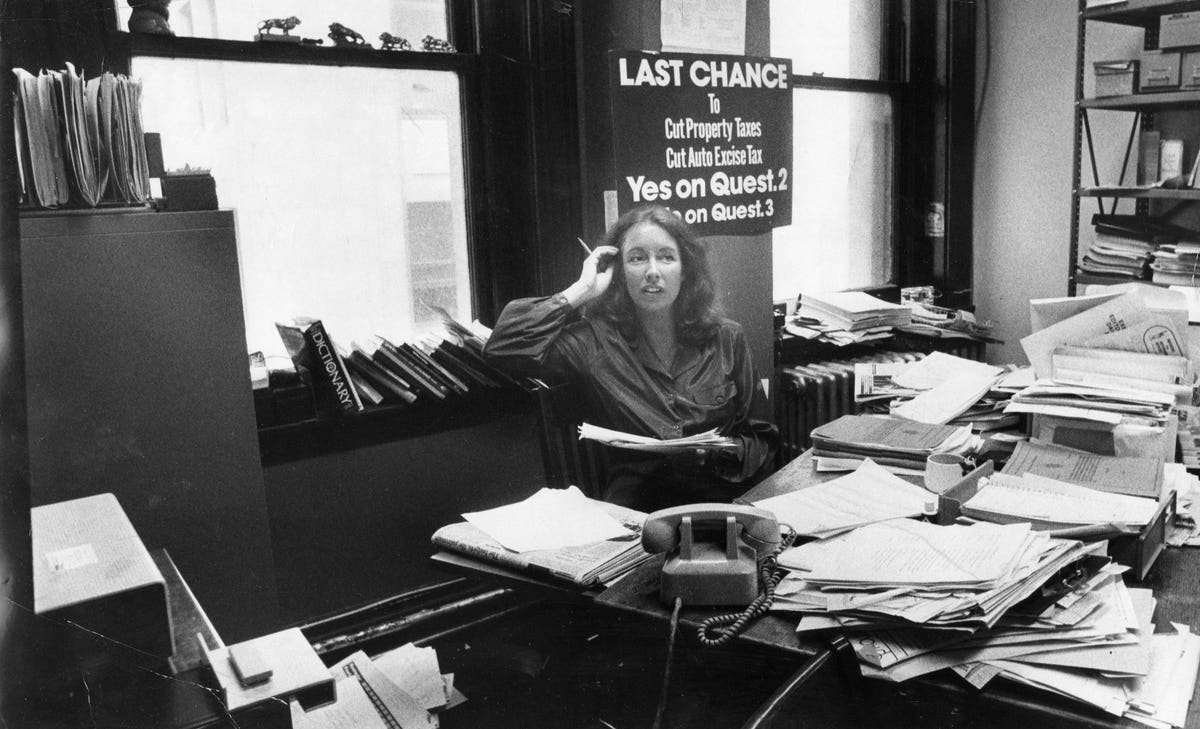 Six years after her death, a woman’s work continues to save taxpayers billions

The Electoral College caught Hillary Clinton off guard in 2016. In 2022, it was the Democrats in charge of the Massachusetts Statehouse who found themselves caught off guard. What surprised top Beacon Hill politicians this year was a cap on state spending enacted in 1986.

Governor Charlie Baker (R) estimates that the 36-year spending cap, which has not come into play since 1987, will result in around $3 billion being reimbursed to taxpayers. The revelation in late July that the spending cap would likely be hit prompted leaders in the Massachusetts Legislature to suspend a host of temporary and permanent tax cuts they had planned to pass before adjourning this summer. Governor Baker says the Commonwealth could afford both the tax relief package tabled by lawmakers, as well as the refunds to taxpayers imposed by the spending cap.

“The tax relief that is currently pending before the Legislative Assembly is quite affordable in the context of the rest of this,” Governor Baker said in early August. “I mean, you’re talking about a fiscal year last year in which tax revenue increased by more than 20%, which follows an increase in tax revenue from the previous year which increased by 15%…I mean, those are kind of unprecedented tax revenue increases, which in some ways is exactly what this thing was designed (to do), to make sure the people of Massachusetts participate in this bargain.

Massachusetts’ spending limit is commonly referred to as 62F, after the chapter in which it is found in the state’s tax code. 62F states that government revenue collected in excess of the rate of growth of wages and salaries must be refunded to ratepayers. The potential triggering of 62F this year was first reported in CommonWealth Magazine in late July, where it was described as “one of those laws that has largely faded from memory.”

“It was adopted by voters in 1986, in the midst of the so-called Massachusetts miracle,” writes CommonWealth’s Bruce Mohl. “Proposed by Citizens for Limited Taxation and the Massachusetts High Technology Council, the ballot question was intended to restrict the amount of tax revenue the state could collect, limiting revenue growth to growth in total wages and salaries.”

The state auditor is responsible for reviewing the numbers and determining if and how much money should be returned to taxpayers. The refund, if due, would be applied as a credit against that year’s income tax. Massachusetts taxpayers are on the verge of recouping billions of dollars when they do their taxes next year if the state auditor confirms next month, as Governor Baker expects, that a refund is due.

Many pointed to this potential multi-billion dollar refund to taxpayers as another example of how Barbara Anderson, longtime executive director of Citizens for Limited Taxation (CLT), who died in 2016, left a legacy whose impact will continue to be felt for a long time. spent his time on Earth.

“She is the reason property tax increases are capped at 2.5% of fair market value and state income tax has been reduced from 5.85%,” WBUR reported. -Boston in the days following Anderson’s death. Six years later, Anderson’s work is poised to benefit Massachusetts residents once again, saving them billions of dollars at a time when many can use the extra money to deal with inflation. the highest since the promulgation of 62F.

“I’m sure Barbara Anderson is up there watching us with a smile that sticks her fist in the heavens,” CLT executive director Chip Ford said of Anderson’s legacy. Paul Craney, spokesperson for the Massachusetts Fiscal Alliance, said Anderson’s legacy and the organization she left behind “are so strong that they still provide protections for Massachusetts taxpayers four decades later. late”.

While Governor Baker and others hope 62F will bring in billions for taxpayers, it’s still too early for refund supporters to raise football. In fact, there are now concerns that House and Senate leaders in Massachusetts are taking action to block the issuance of refunds to taxpayers in accordance with 62F. “Frankly, I often say rule number one: you have to know all the rules,” Rep. Michael Connolly (D) said of the situation. “Rule number two: there are no rules.”

“Of course, that’s an option,” Massachusetts House Speaker Ron Mariano (D) said of the prospect that he and his colleagues would consider repealing or amending 62F to prevent the refunds to taxpayers. “Everything is on the table. We could cancel the law, we could change it, we could postpone. »

“We haven’t gotten to that point yet to make any decisions,” said Sen. Michael Rodrigues (D), chairman of the Ways and Means Committee, when asked about potential changes to or repeal of 62F. “Remember, the administration just found out and let us know…we’re still trying to understand and work with outsiders who know the tax codes even better.”

Some fear that unless a lawsuit is filed, the state auditor could come up with an excuse as to why the excess money should not be refunded to taxpayers according to state law. If that doesn’t happen, lawmakers could still act to freeze or reduce the amount of refunds due under 62F. Although Governor Baker estimates that up to $3 billion could be refunded to taxpayers, a final decision on the refund and how much won’t come for a few weeks.

“It’s hanging out there with a lot of questions that I’d like to see answered before making major decisions on taxes and everything else,” Chairman Mariano said earlier this week. We’ll know by mid-September if Massachusetts Auditor Suzanne Bump, a lame Democrat, certifies that the tax cap has been hit and how much excess income must be refunded to taxpayers.