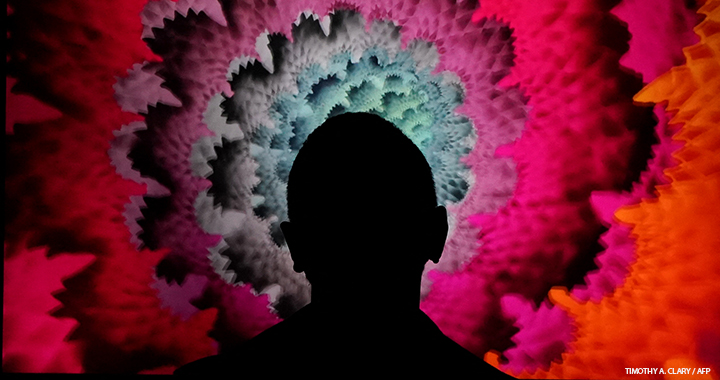 A new enterprise that has captured widespread attention is the production and use of nonfungible tokens, or NFTs. Like individual snowflakes, each NFT is unique; unlike snowflakes, each lasts indefinitely, can be transferred, and might be valued at millions of dollars. They have been employed to digitize an increasing range of intellectual property such as text, artwork, recordings, and images.

This analysis considers potential tax consequences associated with the creation, use, and transfer of NFTs.

By way of background, an NFT is a unique (nonfungible) digital code (token) that represents one or more specific items of text, image, video, and/or music, and possibly also information about and rights in that content. The ownership and transfer of NFTs are registered online and are universally verifiable, through the same type of decentralized â€œdistributed ledgerâ€ (blockchain) technology that enables the operation of such cryptoassets as bitcoin.

Several artistic creators have recently â€œtokenizedâ€ their original works and sold the resulting NFTs for jaw-dropping prices through online auctions â€” perhaps sometimes, as commentators suggested, to speculators who were not only cash-rich but, more than one year into the pandemic, housebound and bored. For example, at an auction conducted in March by Christieâ€™s, an NFT of artwork by Beeple (Mike Winkelmann) sold for $69.3 million, even though the artist retained the copyright and thus could legally produce other copies or versions of that work.

In practice, anyone might be able to download a copy of a particular work from the web. However, an NFT owner possesses the equivalent of an autographed copy, with the autograph (personalized or not) serving as a sign of the copyâ€™s authenticity and possibly also of its relative rarity. Furthermore, just as artists might sign and hand-number many tangible lithographs that they made of a single drawing, so might they produce many NFTs from it, each with a unique digital code.

One other characteristic differentiates NFTs from traditional copies of a work: An NFT can internally incorporate royalty agreements that allow the artist to share in profits every time the NFT is licensed or resold.

While the IRS has issued some guidance as to the tax consequences of transactions involving what it calls â€œvirtual currencyâ€ or â€œcryptocurrencyâ€ (see Notice 2014-21 and Rev. Rul. 2019-24, also Chief Counsel Advice 202114020), it has yet to address the tax treatment of NFTs specifically as a cryptoasset and their gain, loss, or income generation. Nonetheless, just as with other cryptoassets, general tax principles would no doubt come into play in some possible ways explored below. Even more than â€œcryptocurrency,â€ which the IRS regards as property distinct from fiat, or â€œrealâ€ currency, NFTs bear some traditional hallmarks of property.

In fact, although an NFT, as discussed below, is likely to be considered an intangible asset, like some functional tangible personal property, it might even be said to have a life cycle. An NFTâ€™s life cycle could include its creation and use in a trade or business or otherwise, its sale or exchange, its contribution to a qualified charitable organization, and its complete loss of value. The following analysis elaborates upon each of these events and its tax implications.

NFT creation and its trade or business use. The creation of an NFT might not give rise to a taxable event. First, if an artist â€œtokenizesâ€ into an NFT a piece of art that he or she has created, the process itself generates wealth because the NFT may be far more valuable than the original art. However, just as when an artist makes a copy of his or her work more valuable by autographing it, the Code does not generally tax such imputed income.

After the artist has sold or otherwise transferred the NFT, it could continue to produce taxable income for the artist and generate taxable income for its new owner. For example, subject to the intellectual property license terms of that particular NFT, the owner can collect payments from viewers of the NFT; â€œsmart contractsâ€ embedded in the blockchain technology underlying this item can automatically channel to the creator a specified share of those fees. Similarly, the NFT and its terms could be structured so that the creator receives a portion of the purchase price of each subsequent sale of the NFT.

Beyond the obvious consequences (i.e., the fees constitute taxable income to the owner and to the creator), there are several other tax issues to consider.

Despite the use of the word â€œtoken,â€ NFTs constitute intangible assets. As such, if the NFT is created by or for the taxpayer, Sec. 197(c)(2) generally precludes its adjusted basis from being amortized; however, if an NFT is purchased, Sec. 197 provisions applicable to intangible asset use may apply.

Assuming Sec. 197 applies (i.e., the NFT is not excluded as self-created and is used in a taxpayerâ€™s trade or business to generate income), a taxpayer may amortize its adjusted basis in the NFT, using the straight-line method over a 15-year period beginning in the month in which the NFT was acquired. Amortization deductions would be allowed, and any potential losses such deductions generate would also be allowed as long as the taxpayer meets all of the loss limitation rules, including the at-risk rules in Sec. 465, the passive activity loss rules in Sec. 469, and the excess business loss ceiling rules in Sec. 461(l).

Sale or exchange of an NFT. The tax consequences of a sale or exchange of an NFT, as for other assets, depends on whether the NFT is categorized as a capital or noncapital asset. Sec. 1221(a) defines all â€œproperty held by the taxpayerâ€ as being capital but provides several important exceptions, including, under Sec. 1221(a)(3), â€œa patent, invention, model or design â€¦ a secret formula or process, a copyright, a literary, musical, or artistic composition, a letter or memorandum, or similar property, held by â€¦ a taxpayer whose personal efforts created such property.â€

Charitable contribution of an NFT. Subject to percentage limitations, Sec. 170 permits taxpayers to deduct property contributions that they make to qualified organizations. Regs. Sec. 1.170A-1(g) explicitly precludes any deduction of the fair market value (FMV) of services performed on a charityâ€™s behalf.

It can be challenging for the IRS to determine whether taxpayers have contributed property or a service to a charitable enterprise. For instance:

Based upon these decisions and others that have generally sided with taxpayers, it would appear that the contribution of an NFT to a qualified charitable organization by the NFTâ€™s creator, or by a subsequent owner, should give rise to a charitable deduction.

The next question would involve quantifying the deductible amount. As a general principle, at least in the case of intangibles, a taxpayer may generally deduct the FMV of the contributed property. However, Sec. 170(e)(1)(A) reduces the amount of any charitable contribution of property by â€œthe amount of the gain which would not have been long-term capital gainâ€ if the taxpayer had sold the property for its FMV at the time of the contribution.

The foregoing limitation may significantly curtail the deductible amount of NFT contributions. If a workâ€™s creator had transformed it into an NFT that he or she then donated, the NFT likely constitutes a noncapital asset in the creatorâ€™s hands, and the deductible amount would be limited to his or her tax basis in the NFT, which would ordinarily be minimal (e.g., for a painting, the amount deductible would be limited to the purchase price of the canvas, paint, and brushes that the artist used; for an NFT, it might also include costs incurred in the tokenization process).

NFTs that become worthless. If an NFT becomes worthless in the hands of its owner who purchased it as an item of personal consumption (akin to purchased artwork that hangs in the personâ€™s den), Sec. 165(c) would preclude a deduction related to this loss. On the other hand, in a trade or business context, if a taxpayer owns an NFT that becomes worthless, the taxpayer should be able to take a deduction for the worthless asset under Sec. 197, subject to the special rules of Sec. 197(f) and Regs. Sec. 1.197-2(g)(1)(i).

Although NFTs are a relatively new phenomenon, they are becoming increasingly popular. This analysis provides a broad overview of some of the possible income tax consequences associated with their creation and use. Going forward and to improve tax compliance, the IRS should consider issuing additional guidance so taxpayers and tax professionals may better understand their tax obligations vis-Ã -vis NFTs.

â€” Walter Effross, J.D., is a professor at the American University Washington College of Law in Washington, D.C. Leonard Goodman, CPA, Ph.D.; Anthony Pochesci, CPA; and Jay A. Soled, J.D., LL.M., are tax professors at Rutgers University in Newark, N.J. To comment on this article or to suggest an idea for another article, contact Paul Bonner, a JofA senior editor, at [email protected] or 919-402-4434.