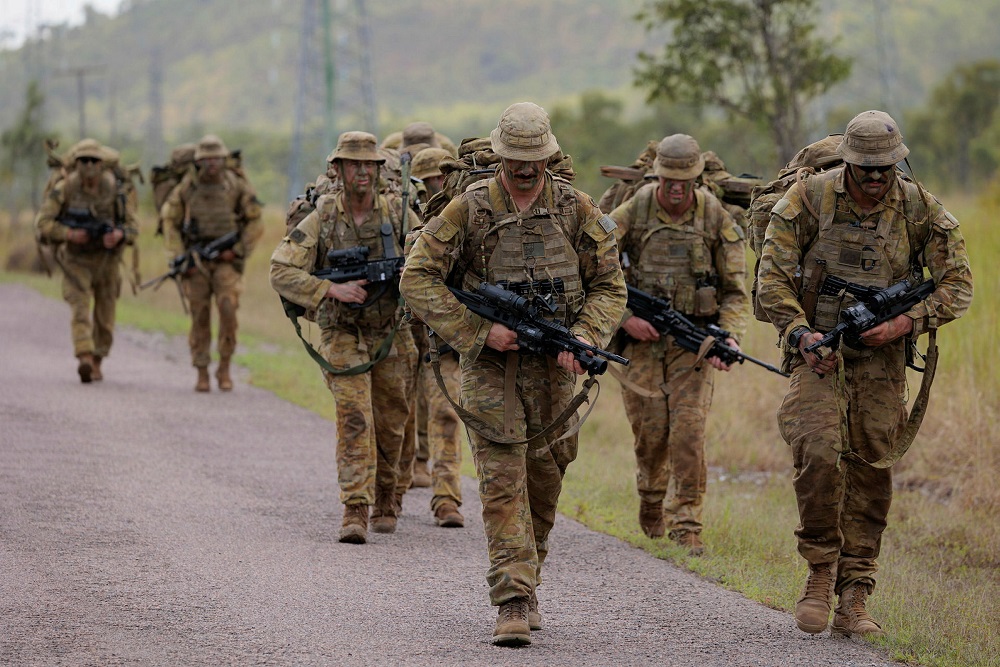 The Power of Parliament and the War Powers

To examine how Australia enters the war, Parliament must examine itself.

To what extent can parliament interfere with the war prerogative of the prime minister and the cabinet?

What, if anything, should parliament have to say about the most fundamental choice a nation can make?

To what extent are the parties in government – ​​Labor and the Liberal-National coalition – prepared to regard parliament as the basis of their power and legitimacy?

The Standing Joint Committee on Foreign Affairs, Defense and Trade is considering ‘how australia makes decisions to send military personnel into an international armed conflict”. Senators and members of the House of Representatives must question themselves and their institution as well as witnesses and submissions. The exam will address questions that echo down our 120 years of federation.

Tensions are evident in the Terms of reference written by the Deputy Prime Minister and Defense Minister, Richard Marles, and clearly expressed in his letter of recommendation to the committee. Marles warned the committee against any attempt to weaken the cabinet’s right to go to war:

[U]Under Australia’s Westminster system of government, decisions regarding the deployment of the ADF in international armed conflicts are the prerogative of the executive. I firmly believe that these provisions are appropriate and should not be changed.

Holding the inquiry honors a Labor election promise, but Marles’ do-no-disturb order means the Labor leadership has a unity ticket with the coalition. The coalition’s argument is that the cabinet’s national security powers “cannot be paralyzed by parliament‘.

The governing parties do not want any formal change in their power to govern. The Labor-Coalition Consensus is poised to block any changes to the law to give parliament a veto over war power.

See the arguments for the veto in an Australians submission for war power reform. It recommends changes to the Defense Act requiring “debate and a vote in both Houses of Parliament before Australian forces engage in overseas conflict, in all circumstances except defense against attack. directly against Australia or in response to a UN Security Council resolution. .

The Labour-Coalition consensus means there will be no change to the Defense Act. But this political reality offers a starting point, not an end. This is an inquiry that forces Parliament to reflect on itself as well as on the rights of the executive.

Rather than go against the constitution and the executive profound prerogative for the war, parliament should rely on its history to codify conventions. Seek to ‘parliamentarize‘ the powers of war.

The call for both Houses of Parliament to vote on the war comes up against the fact that Australian governments rarely win a majority in the Senate. Neither Labor nor the Coalition will give another iota of power to the upper house.

On the other hand, a convention for a war vote in the lower house already exists. The inquiry should simply note the precedent in the House of Representatives and call on future governments to follow it.

Codify this convention, based on that of John Howard ANZUS and Iraq precedents: the war resolutions passed by the House of Representatives following the September 11 attacks on the United States and the invasion of Iraq. The Howard precedent is that the resolution can be passed before the firing begins (ANZUS) or after the outbreak of war (Iraq).

Aim for a checklist if not a legal check when war is on. And use the checklist for better parliamentary oversight of how war is fought.

Marles underscored this direction in his letter of reference, writing that Parliament has “an important role in public discussion and scrutiny” when the Australian Defense Force is deployed overseas:

Governments have generally, out of practice rather than necessity, provided explanations to Parliament for their decisions to deploy the ADF in hostilities abroad. This provided an important opportunity for Parliament to scrutinize these decisions.

Turning to parliamentary convention, not the law, is no less of an option.

Australia’s parliament is a tough, responsive beast. Adopting the convention solution plays to the strengths and history of parliament, avoiding complex arguments about enacting laws that could hamper government action and slow down military responses. To cite just one example of the complexity, the drafting of purgatory threatens any attempt to legislate different approaches to “wars of necessity” and “wars of choice”. Did WWII start as a war of choice, then become a necessity after the arrival of Japan?

History tells of what Australia’s strong parliament can do, even during our worst conflicts.

When World War I broke out, Australia was in the midst of an election campaign that changed the government; the losses at the front and the referendum on conscription at home shattered this Labor government. During World War II, a collapsing government sacked its Prime Minister (Robert Menzies) and soon after lost office in a vote of confidence in the House of Representatives.

As US General Douglas MacArthur observed in Canberra in 1942 after witnessing a ‘fierce debate’ in the House on the government’s use of its war powers on the home front, “If the men of Australia fight as well as they argue, we are certain of victory.”

Australia’s parliamentary democracy keeps its promises, even when times are tough. And that means that the rights of parliament that already exist should be strengthened by being codified. Building new parliamentary conventions in the Australian way of warfare.