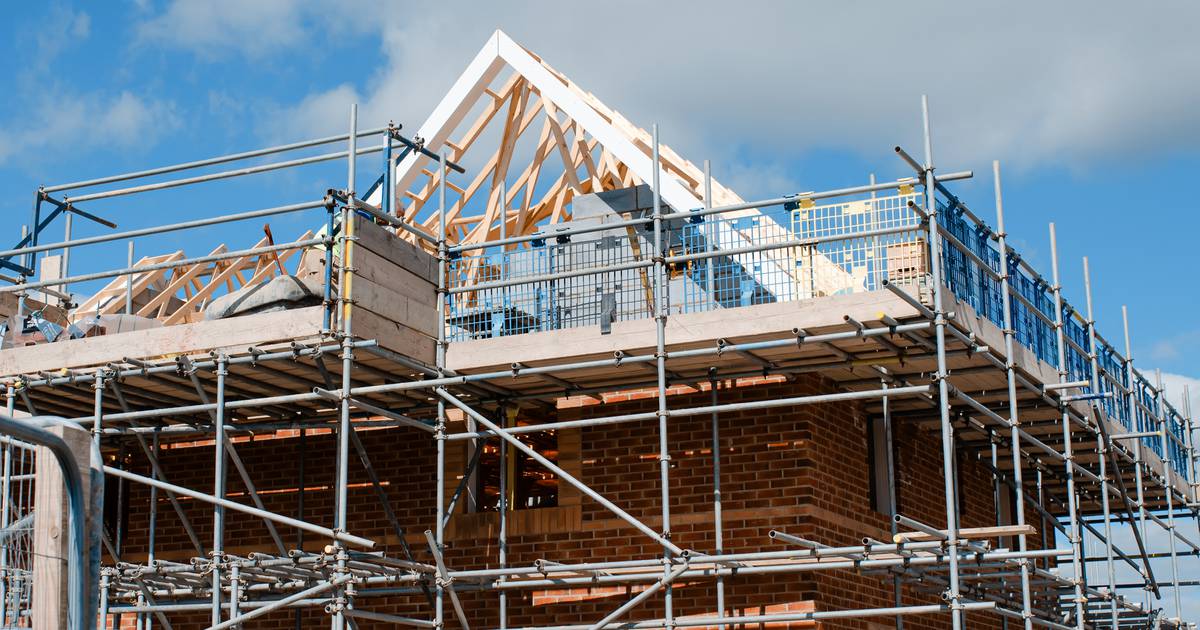 Strong assertions can get diluted very quickly following a budget presentation. Within days of the announcement of the concrete tax, the backlash had meant that it would be repackaged, scaled back and its implementation delayed. On Tuesday, Finance Minister Paschal Donohoe duly announced the cropping, suggesting it would raise just €32m a year “to offset part” of the estimated €2.7bn mica bill. That’s an understatement.

“It’s the industry or the taxpayer, you decide” was Taoiseach Micheál Martin’s response in the Dáil a few weeks ago to criticism of the proposed levy. At least it is now clear that it will be mostly the taxpayer. The predictable chorus that the tax would be passed on to homebuyers has the construction industry winning again.

The alternative suggestion of imposing a levy on the profits of construction companies was rejected by Taoiseach Micheál Martin with the assertion that “no matter how you apply a levy” it would go back to the customer. Donohoe also rejected ESRI’s idea that the cost of repairing mica should be funded by windfall corporate taxes, as those taxes are, it seems, untouchable.

In 2007, compared to the rest of Europe, Ireland built twice as many dwellings per inhabitant

So that’s it: there will be no imposition of a significant tax on the construction industry. But history will be sure to see state aid and tax breaks during the era of the Celtic Tiger and beyond for those who sell and invest in land for development.

Such incentives for urban and rural development did much to fuel rushed building projects and it was a period when many faulty houses and apartments were built. Along with the mica scandal, an estimated 62,500 to 100,000 apartments in this country built between 1991 and 2013 were affected by fire, structural safety or water infiltration issues.

In a report presented to Housing Minister Darragh O’Brien over the summer, the estimated cost of remediating these poor workmanship is between 1.56 and 2.5 billion euros. The report suggested that it was “not possible” to put retroactive penalties in place on individual builders responsible for defects: “A general tax imposed now on the industry would target everyone in the industry, including those who did not contribute to the problem”. But will taxpayers get the same consideration for the punitive cost of mistakes that had nothing to do with them?

Between highs and lows, and the revelation of a cost of more than 5 billion euros of abusive constructions, the lobbyists of the construction sector have always asked the State to alleviate what they present as burdens and intolerable barriers. In the decade to December 2005, more than half a million (553,267) homes were built. In 2007, compared to the rest of Europe, Ireland built twice as many dwellings per inhabitant.

It has been reported that Fine Gael wants an overhaul of Coalition housing policy, including, again, potential tax breaks for developers and a relaxation of planning laws.

With the property market on the ground in 2010, Tom Parlon of the Construction Industry Federation (CIF) urged the government to suspend stamp duties and introduce other tax incentives to boost the ailing industry. “It’s not a political question anymore, it’s a financial question,” he said, adding that there was “superb” value to be gained from carrying out infrastructure projects at this stage. .

This time last year, it was reported that Ireland’s biggest construction companies had ‘ignored’ the impact of the Covid pandemic restrictions in 2020, with an increase in the turnover of fifty leading members of the CIF by nearly 14%, to €11.37. billion. A review earlier this year by leading infrastructure consultancy AECOM predicted that the value of Irish construction output would rise from €27 billion to €32 billion this year, an increase of 18, 5%.

Of course, inflation hits the construction sector like any other, but long before inflation peaked, the Irish Home Builders Association, a division of the CIF, demanded that the government consider a series of tax breaks and stimulus measures to stimulate housing construction. . This summer, the CIF also urged the government to ask the EU for a “super reduced” VAT rate for the construction sector – as low as zero per cent – to help solve the problems faced by builders, in part because of “recent extraordinary production costs and regulatory increases.

More recently, the CIF insisted that the proposed concrete tax “is a brutal instrument, which does not target those responsible for defaults”. Blunt tax incentive instruments are, however, deemed imperative for industry players.

It was also reported that Fine Gael wanted an overhaul of Coalition housing policy, including, again, potential tax breaks for developers and a relaxation of planning laws. Regulation and quality of construction, as past experiences painfully show, can easily be lost in the rush, but the overarching message is clear: taxation is a barrier to building homes, so buyers have to bear the burden, not the builders.