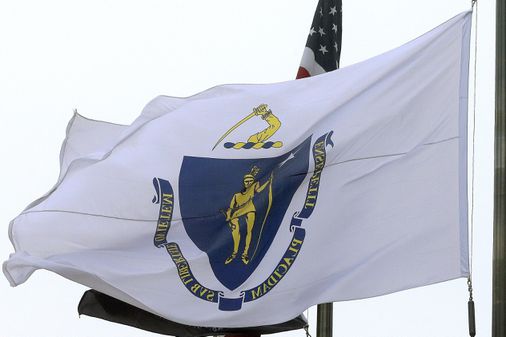 The Massachusetts Public Funding System offers public funds to applicants statewide in exchange for agreeing to spending limits. The money comes from taxpayers who voluntarily divert $1 to the program from the state income taxes they owe.

State campaign finance officials said about $1 million was available in total, which would be split evenly for candidates between the Sept. 6 primary and the November election.

Three other statewide candidates in addition to Palfrey and Gouveia initially joined the program, although two — Republican gubernatorial candidate Geoff Diehl and his running mate, Leah Allen — later said they would not accept any public money. The other candidate, Republican Attorney General Jay McMahon, has no primary opponent and is therefore ineligible to receive public funds for his primary race.

But the spending limits that candidates have agreed to can be flexible. If a candidate’s opponents do not join the program, then a participating candidate is limited to spending up to their opponents’ self-imposed maximum.

None of Palfrey’s or Gouveia’s main opponents ultimately opted in, and in Palfrey’s case, he is now capped at spending $12 million — a huge sum for a short-ballot primary race — after one of her opponents, Shannon Liss-Riordan, said that as she self-imposed spending limit. Gouveia is capped at $5 million.

The state’s complex public funding system is set up so that gubernatorial candidates get public funds first, with excess money going to other candidates nationwide. State until exhaustion.

Initially, Diehl, the former lawmaker currently running for governor, decided to join the program, which would have allowed him to tap into hundreds of thousands of dollars in public funds.

But the next day he said neither he nor Allen, a candidate for lieutenant governor, would take public funds and that he had opted for “a strategic decision to try to limit the role of outside money” in running, although the program does not impose limits on super PACs or other forms of outside spending. Diehl and Allen ultimately failed to submit required documents showing whether they met a certain threshold in their fundraising to receive public funds, according to Jason Tait, an OCPF spokesperson.

This meant funding was available for Palfrey and Gouveia, who were both outclassed by their opponents this year.

A spokesperson for Palfrey, who ended June with $135,284 in his campaign account and had raised about $320,751 this year before receiving taxpayer funding, said the public funds “coupled with our strong fundraising funds position our campaign well to communicate with primary voters.

“Our campaign is fueled by a grassroots effort that reaches every corner of the Commonwealth,” Joe Caiazzo, a spokesperson for Palfrey, said in a statement.

Palfrey won the state party’s endorsement at its June convention, narrowly edging out former Boston city councilwoman Andrea Campbell on a second ballot. Campbell, a former Boston city councilwoman, has raised more than $1.1 million so far this year, while Liss-Riordan has loaned her campaign $500,000 of her own money, making up the bulk of the 721 $000 she has raised this year, according to state campaign finance. The data.

Gouveia ended June with less than $56,000 in hand and had raised around $192,000 this year before securing the public funds. State Sen. Eric Lesser, meanwhile, had more than $1 million to close out last month, while Salem Mayor Kim Driscoll, the party-endorsed nominee, had $276,341.

Gouveia said the public funds “will enable candidates like me, a social worker and organizer, to spread our message further.”

“Elections should not be about who has the most corporate donations or who knows the most donors, but rather about who will fight for ordinary people every day,” Gouveia said in a statement. “Public funding is good for democracy and good for Massachusetts.”

How to Buy Stocks on Twitter – Forbes Advisor France