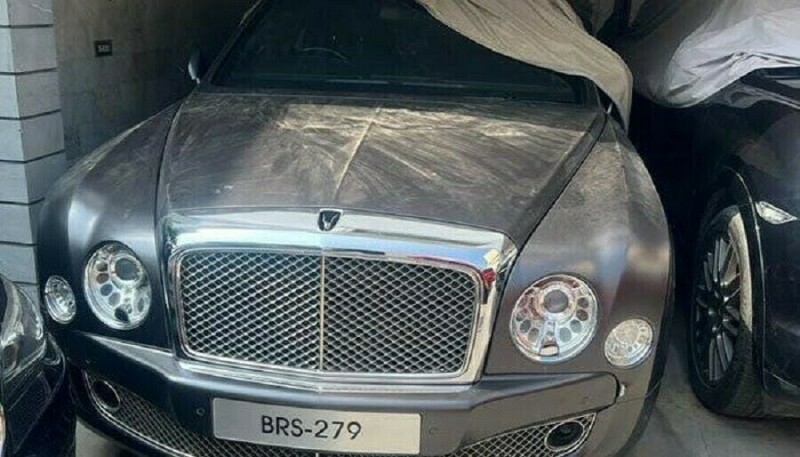 The Bulgarian Embassy on Tuesday asked the Foreign Ministry to de-register the alleged ‘Bentley stolen from UK’ which was recovered by Pakistani customs over the weekend from a house of the wealthy Karachi Defense Housing Authority.

In its letter to the Foreign Ministry, the Bulgarian Embassy claimed that it was not in possession of the car and feared it was being misused for illegal activity.

The car was ordered by a former Bulgarian ambassador to Pakistan in November 2019 and was cleared at the port through documents provided by the foreign embassy.

It is relevant to mention that diplomats are allowed to order duty-free vehicles. Vehicles can be used duty free until diplomats serve in the home country.

This luxury vehicle was purchased in Pakistan based on a 6021 exemption certificate.

According to sources, any vehicle purchased by a foreign ambassador is assigned a special number. Similarly, the Bentley was assigned CD-09-13. These vehicles cannot be driven by anyone other than the Ambassador himself.

However, this car was sold later.

The Ministry of Foreign Affairs had written to Pakistan Customs, a copy of which is available with SAMAATVin which he confirmed that the car had been imported into the country and registered as a diplomatic vehicle.

However, the ministry clarified that it was never asked to write off the vehicle and that no authorization was sought for its sale.

In the letter, MoFa instructed customs to conduct an operation to recover the stolen vehicle.

The Foreign Office said Bulgaria’s current ambassador to Pakistan had distanced himself from the stolen Bentley, saying “he doesn’t have the car and its registration should be cancelled.”

The MoFa had instructed Deputy Collector Customs Enforcement Karachi to retrieve the car after which a raid was carried out on the house where the vehicle was parked.

It is now clear that the car was brought to Pakistan legally and cleared through diplomatic assistance.

The Sindh Excise and Tax Department registered the luxury car in the name of the former Bulgarian ambassador despite the Bentley having already been given a number earlier when it was imported.

The question that now arises is that by what right was a foreign diplomat registered in the local tax system.

Customs also named the Sindh Excise Department in the first recorded information report for the case.

The value of the car is more than 0.5 million dollars in the international market, or at least 120 million Pakistani rupees. The duty of the car after arriving in Pakistan is based on 300 million rupees.

Currently, the car is in the possession of Pakistan Customs.