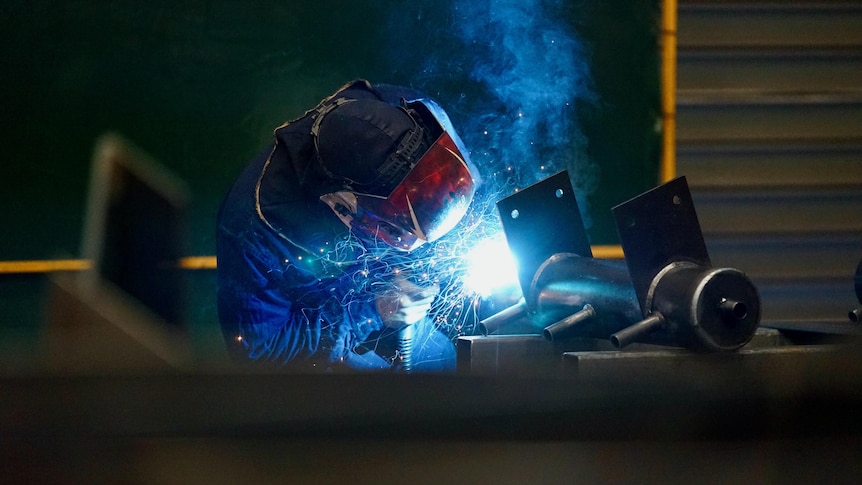 Will COVID-19 Matter in the 2022 Federal Election?

As the nation prepares to vote in federal elections, the number one issue that plagued Australians during the last term of government is no longer on the minds of many of us.

But as life returns to normal in Australia, the impact of the pandemic lingers on for many.

From labor shortages to the economy and health care, COVID-19 has created benefits and wounds across the country – and these have shaped what people now expect from their leaders.

As we enter an era of living with the virus, how has this changed what people think, feel and expect from the federal government?

According to data from Vote Compass, only 1% of Australians think COVID is the most important issue in this election.

But while many have already moved on, the virus is still on the mind for Belle Owen, a woman from Adelaide.

As COVID restrictions ease in Australia and masks come off, Ms Owen doubles every time she leaves the house.

Living with a disability, she is considered vulnerable to the virus and the decision to simply leave the house comes with a pressing question.

“It’s weighing in, is it potentially worth being something I get COVID for?” she says.

Ms Owen said that, for the most part, the pandemic had been “very well managed”.

But as Australia opens up, it feels left out.

“Now we are approaching the end of the pandemic, [vulnerable] people were seen as collateral,” she said.

COVID-19 has also shaped what she expects from leaders.

“The COVID response has kind of really confirmed for me that we need a government that sees us as valuable and not indispensable,” she said.

It also confirmed to her that she wants a prudent government that puts the health and safety of the community first.

“I really hope that when the elections are settled and we have formed a government that they can go and bring together a group of people who have this lived experience and work with [the disability] community to prioritize community safety,” she said.

While the impacts of the coronavirus have been brutal for many, for others it has shown what works well.

WA was the last state in the country to open its borders to the virus.

This decision means that the total number of deaths and hospitalizations due to COVID-19 has remained relatively low.

And behind the closed state border, many businesses were soaring.

At Mike Bonomelli’s sheet metal business, Melbon, staff have been busy with a 30% increase in business.

With the high price of iron ore and low interest rates in a strong economy, Bonomelli hired 10 new staff during the pandemic.

“If you ask on a personal level, our company had a great time and our staff worked a lot of overtime.”

Government asset write-offs also enabled it to refit its factory with new equipment worth $3 million.

But labor remains a problem.

“I think we’ve had an ad running three months now and we haven’t had a single person,” he said.

“I really need the government to have some incentive to move international people who come here on some sort of visa fast and cut red tape to bring in the trades we need.”

Bonomelli said the past two years have demonstrated the benefits that a strong economy and quick decision-making can bring.

And in the run-up to the federal election, he wants more.

The Hangover of COVID Labor Shortages

Not everyone in WA has reaped the rewards of WA’s harsh frontier.

The company helps highlight sites such as Broome, the Bungle Bungles and the Motchell Plateau.

Ninety percent of their visitors come from outside of WA.

“However, with a business that is so dependent on interstate and international travel, it’s been difficult.”

They are finally preparing for a dry season without border interruptions, but all is not behind them.

“With COVID, it’s created its own challenges outside of the medical aspect, with how the workforce has changed, with how inflation is changing for us,” Weeding said.

“And as a seasonal business, we employ a lot of backpackers, and I think that will be a big challenge this year.”

Mr Weeding said they wanted the government to help address labor issues and provide long-term support for tourism as they try to recover from the past two years.

“I would like to see, personally, from the federal government with tourism, maybe policies and ideas that extend beyond a three-year term,” Weeding said.

“And the things that affect tourism, like the climate and the environment,” Ms Bird said.

The pandemic in the rearview mirror

But they are also ready to move on from COVID, as is Adelaide hairdresser Ali Lucia.

As restrictions ease across South Australia, the immediate impacts of COVID are becoming less of a concern for Ms Lucia.

She said she was happy to see the end of the close contact rules, as they had affected not only her clients but also herself.

“Sometimes you’ll get a message, you know, an hour before a client is supposed to show up, saying I’ve just been notified I’m a close contact, I need to reschedule,” she said. .

But she considers herself one of the lucky ones, keeping her job and now taking out her first mortgage for a brand new home.

With that focus, she said she was now ready to outgrow the pandemic, and that it wouldn’t be a big factor in how she votes.

“I think there are a lot of other issues to deal with,” she said.

“And COVID is just something we have to keep going with.”

Muhith through the eyes of NBR chiefs

Mark McGowan at the launch of Labor