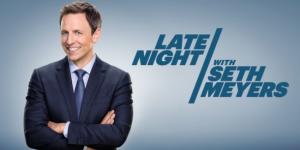 Will Trump be locked up?

Late Night TV host Seth Meyers poked fun at former President Donald Trump, a Republican, tonight saying: ‘It’s pretty amazing that when Trump ran in 2016, his catchphrase was ‘ lock her up,” referring to then-Democratic candidate Hilary. Clinton. Meyers continued, “And in 2024 it’s going to be, ‘Vote for me or I’ll go to jail’.” It’s because of the several investigations into Trump that could turn into felony prosecutions and result in a prison sentence for him.

But some Republicans, including Trump himself according to some comments he made recently, believe that if Trump runs for president in the 2024 election, and especially if he wins it, there will be more and more chances not to be prosecuted for crimes. maybe in one of these surveys. I doubt that could be true of the Georgia investigation.

I wrote more than once on my blog when Trump was president that his calling on Clinton to be locked up for next to nothing reminded me of Jesus’ teaching about hypocrites judging others. It’s now in my book, which reads:

“he claimed that former first lady and secretary of state, Hilary Clinton – who became his Democratic challenger to win the presidency – had committed a criminal act using his personal email server and that she should be prosecuted legally for that, found guilty, and detained. That too was a lie. The FBI investigated and exonerated Clinton of criminal activity before the election. Yet at Trump’s political rallies, he often encouraged his supporters to chant aloud Clinton, “lock her up.”

When Donald Trump leaves the White House on January 20e, he will face a multitude of legal investigations that could lead to criminal charges. They include tax evasion, bank fraud, insurance fraud, money laundering, illegal political campaign donations and defamation. If found guilty, Trump could bring the chickens home to roost while locked up instead of Clinton. Again, Jesus said, ‘By the judgment you pass, you will be judged, and the measure you give will be the measure you will get.’

Former general and Trump’s first national security director, Michael Flynn, was a big instigator of Trump’s political rallies, inciting crowds by shouting about Hillary Clinton, “lock her up.” Now, we’ve learned from the latest televised House committee hearings that Michael Flynn himself could be locked up for trying to persuade President Trump of conspiracy theories about voting machines, etc.